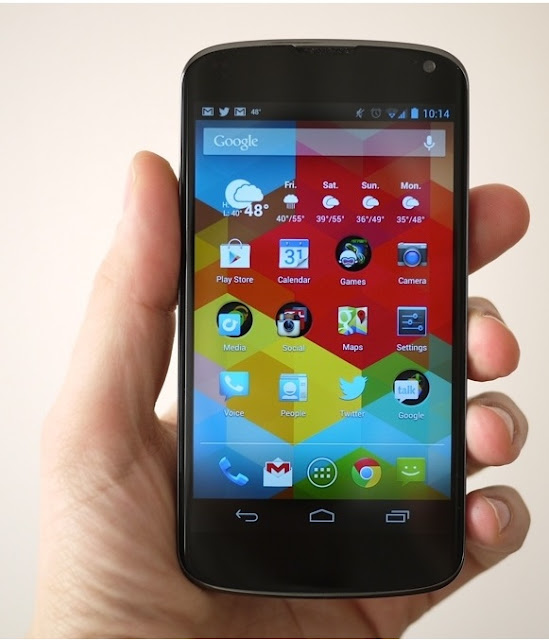 Nexus 4 users are finally beginning to receive their Android 4.2.2 update, about 48 hours after it was first spotted on Galaxy Nexus, Nexus 7, and Nexus 10 devices. Users of LG and Google's latest Nexus handset may find themselves losing a desirable feature, though—AnandTech reports that an update to the phone's baseband software included in Android 4.2.2 appears to completely disable its partial, unofficial LTE support.
While LTE was never an advertised feature of the Nexus 4, the phone's internal similarities to LG's LTE-capable Optimus G handset extended to its Qualcomm-supplied WTR1605L LTE chip, which is sold in a package with the particular Snapdragon SoC used in both phones. Shortly after the phone's release, tinkering by AnandTech and some XDA Developers forum users found that by digging into Android's hidden settings, partial LTE support could in fact be enabled and used. However, since the phone wasn't designed to support LTE, its hardware could only make use of Band 4 (also known as AWS), used fairly widely in Canada but less so in the United States—T-Mobile is planning an LTE rollout using Band 4, but that is still in its early stages.
Google's latest software update has closed that backdoor, so the few users who are able to take advantage of it to get faster data speeds may want to hold off on updating for now. If you want to keep your Nexus 4's partial LTE intact, you'll have to hope that third-party ROMs restore the hidden feature—likewise, if you were holding out for a software update to make the Nexus 4's LTE support official, this is a pretty clear message from Google: it's not happening.