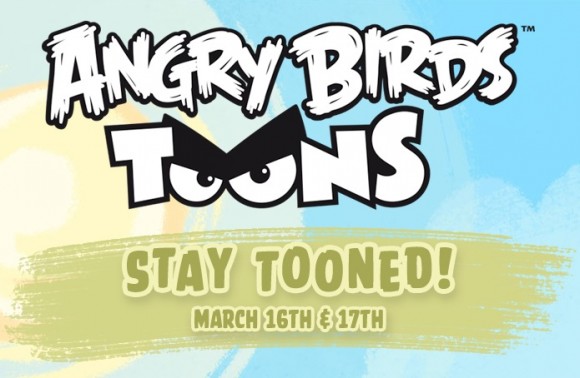 Rovio's wildly popular game is now an animated series that lets viewers watch what is happening "deep in the heart of Piggy Island."
First it was stuffed animals, then T-shirts, and now it's a cartoon Web series -- the Angry Birds franchise just continues to grow.
Rovio announced today that the first episode of the weekly Angry Birds cartoon show, "Angry Birds Toons," is set to air on March 16. Viewers will be able to watch what is happening "deep in the heart of Piggy Island" and find out whether those merciless piggies ever get hold of the birds' eggs.The game maker hinted at turning the wildly popular game into an animated series last April. In addition to the cartoon, the company has also said that an Angry Birds movie is in the works, which is expected to debut in the middle of 2016. It seems Rovio's overall goal is to transform from a gaming company to an entertainment company.
Zynga is also getting into the entertainment business. The social gaming company is working with Director Brett Ratner, of "Prison Break" fame, to create a half-hour animated television series on the popular game Farmville.
It's unclear what devices, apps, and sites will eventually air "Angry Birds Toons." But it's been said that there will be 52 episodes that will each last about three minutes and be available on a variety of devices. For the March 16 premier, it looks like the cartoon will only be broadcast on the show's Web site.

Here's a trailer for the series: