Before Tuesday, if you wanted to explore the browsing improvements Microsoft touted in Internet Explorer 10, you had to get your hands on Windows 8. The company, however, will soon be rolling out IE 10 to those with the previous version of Windows, potentially starting a new round of browser battles while letting PC users enjoy better security, faster page-loading times and enhanced developer support. -To See more Click HERE 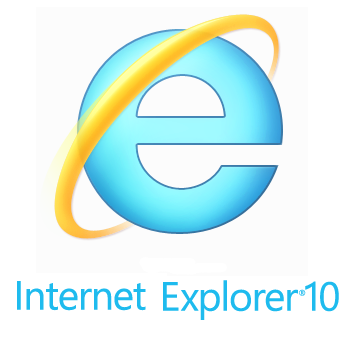 In what could be a boost for Microsoft in the browser wars, the company on Tuesday began offering Internet Explorer 10 to Windows 7 users, giving them the same enhanced Web surfing features previously available only to those who had access to Windows 8.

The company will automatically update Windows 7 users' browsers in 95 languages over the next few weeks, beginning with those running the IE 10 Release Preview.

"I'm excited that Microsoft has finally seemed to have gotten the point that they need to be current with browsers, and that they're updating the browser so much and that they're making it available to Windows 7," Mike Kaply, founder of Kaply Consulting, told TechNewsWorld. "There was some concern earlier that they'd just have IE 10 for Windows 8."

When it comes to Java support, Microsoft's improvements to the Chakra JavaScript engine include profile-based just-in-time machine code, faster floating point operations, and faster object and property access. IE 10 on Windows 7 is 25 percent faster than IE 9 and 17 percent faster than other browsers on the WebKit SunSpider JavaScript benchmark.
Security and Privacy in IE 10

Web application security is improved with markup and support for HTML5 Sandbox and iframe isolation. Inline iframes place a second HTML document in a frame, and are used by malware authors as a way to attack PCs.

IE 10 offers Windows SmartScreen, which "has a better approach to the problem of security than letting users choose whether or not to accept ActiveX controls, by showing a Web surfer if a site has been reported to be unsafe," Darren Hayes, CIS Program Chair at Pace University, told TechNewsWorld.

Do Not Track is turned on in IE 10 for Windows 7. Internet Explorer has "a much better privacy policy than other Web browser services," Hayes said.
IE 10's Benefits for Developers

IE 10 offers support for developers to create rich visual effects with CSS Text Shadow, CSS 3D Transforms and CSS3 Gradient. It enables more sophisticated and responsive page layouts with CSS3. Its IndexedDB and HTML5 Application Cache are among the features that enable the creation of better offline applications through local storage.

IE fell to second place among browsers worldwide between January 2012 and 2013, according to StatCounter.Chartbeat's Percent of the Internet tool, which shows real-time browser market share, indicated IE had about 30 percent of the browser market compared to Chrome's 32 percent when checked Tuesday afternoon PDT. Mozilla showed 21 percent share with Apple at 14 percent. These figures were based on 5.7 million active browser sessions at the time.
The question is whether IE 10 on Windows 7 will give Microsoft a jump-start in the browser wars.

"At this point, the browser market is a complete tossup," Kaply said. "I think you'll see a lot of people trying IE 10 on Windows 7 and, if they like it, they'll get it."
- See more at: http://www.technewsworld.com/story/IE-10-Its-Not-Just-for-Windows-8-Anymore-77401.html#sthash.rCAacR2M.dpuf