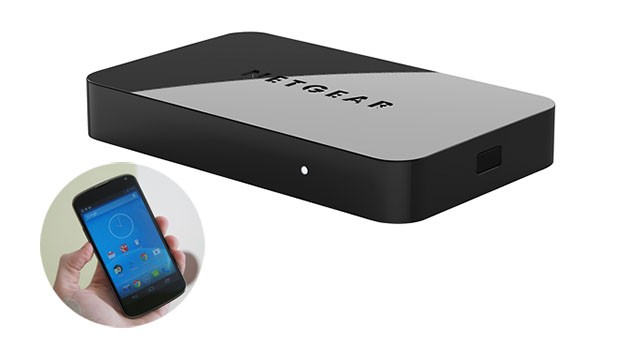 Interested in Miracast-ing from an Andoid phone via your Netgear Push2TV PTV3000 adapter? Want to know what all that meant? It's understandable -- Miracast is a very recent open standard that lets you echo the display from an enabled device like a smartphone or tablet onto your TV (think Apple's AirPlay Mirroring). You'll now be able to officially do that with the PTV3000 from the few Android devices that support Mircast: Samsung's Galaxy S III, Note II and Note 10.1, LG's Optimus G, the Google / LG Nexus 4, and various Sony Xperia models -- all with Android 4.04 or higher. The PTV3000 also supports Intel's WiDi standard, and actually brought Miracast support in an earlier beta firmware upgrade, though testers saw significant bugginess at the time. Many of those nags have been squelched with the new update, though, and you'll also see a single interface for Intel WiDi and Miracast, both PIN and PBC support, 5GHz Miracast operation and faster bootup times, too. So, if you've been looking to get all those pixels crammed into your smartphone over to a bigger medium, hit the source.