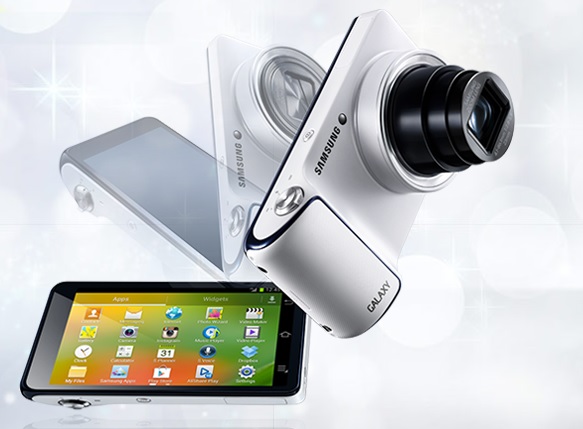 Samsung has slashed the price of its Android-based Galaxy Camera in India. The camera was launched in India last November carrying a price tag of Rs. 29,900. The company now decreased the price to Rs. 26,500, with some online retailers selling the camera on a further discount.
The Samsung Galaxy Camera features a 16.3-megapixel sensor with a f/2.8 aperture and 23mm-480mm lens that has 21x of optical zoom. Under the hood, the camera is powered by a 1.4GHz quad-core Exynos processor, as found in the Galaxy S III smartphone. It features a 4.8-inch S-LCD display with a resolution of 1280×720 pixels translating into 308 ppi. The camera also supports 3G connectivity via a micro-SIM but does not have calling features. The camera comes with 8GB of internal storage, 32GB of expandable memory with microSD support. Connectivity options include 3G (HSPA+ 21Mbps), HDMI 1.4, WiFi a/b/g/n, WiFi HT40, Bluetooth 4.0 and GPS. Apart from this, the camera also has 1,650 mAh battery that Samsung claims can last up to seven hours. The most interesting feature of Galaxy Camera is the fact that it is powered by Android 4.1, so you can run virtually any Android app on this camera.
Earlier this week, Samsung announced a cheaper, Wi-Fi-only version of the camera, though there's no word on when this variant will come to India.
Samsung Galaxy Camera key specifications