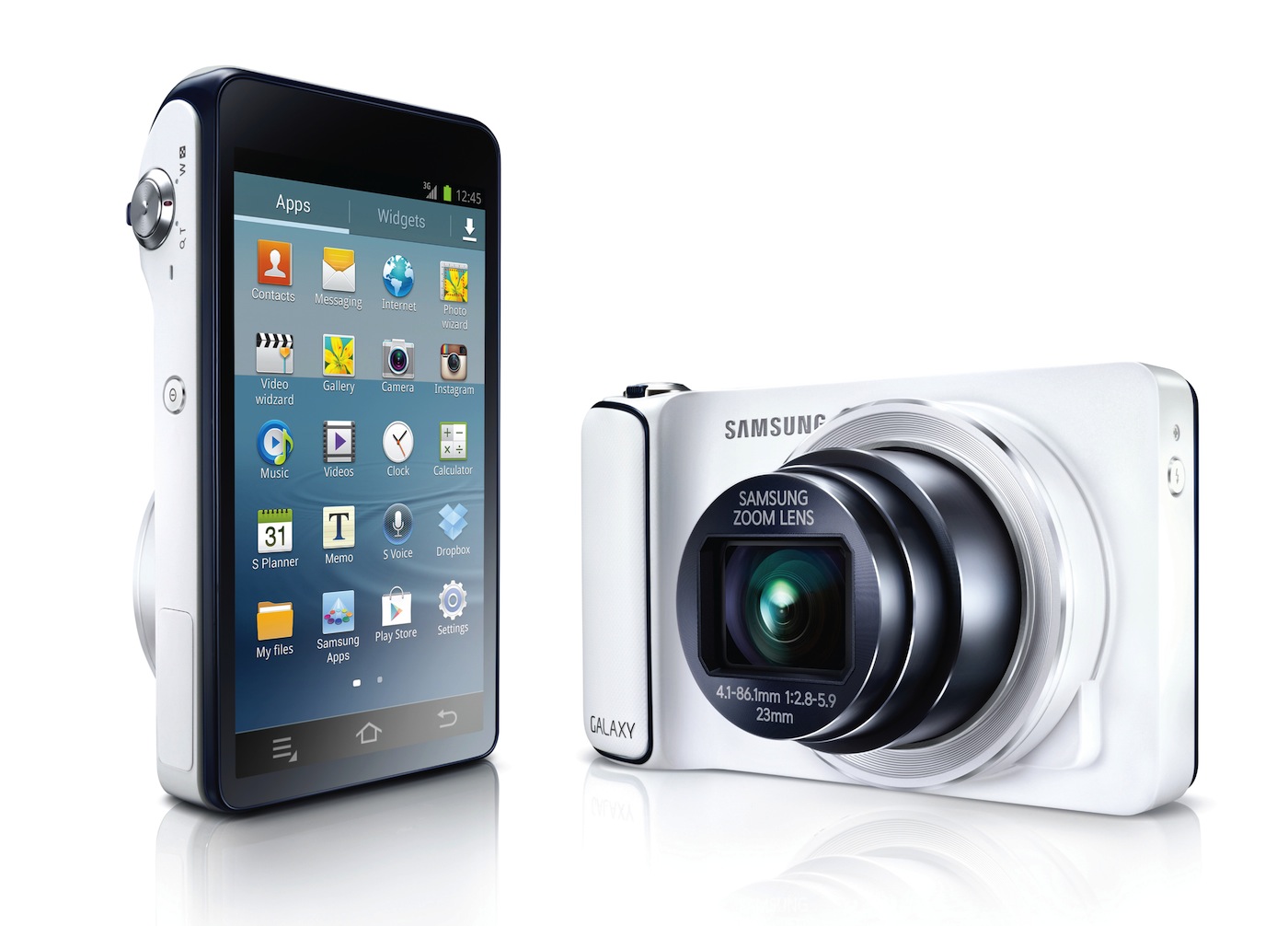 Samsung’s Galaxy Camera is a beautiful merging of point-and-shoot digital cameras and mobile devices, combining Android and a touchscreen with a camera that far surpasses those of smartphones. Today, the Korean company has announced the Wi-Fi-only Galaxy Camera, which drops both mobile broadband and the price tag, offering users who want a more budget-friendly option with no need for on-to-go connectivity an option.
The Galaxy Camera Wi-Fi is the same as the previously-released model, except that it lacks a 3G/4G mobile connection and instead offers dual-band wifi. Obviously, this means those who purchase this model won’t have the advantage of being able to share their images no matter where they’re located, instead having to rely on a wireless Internet connection. Still, for many users this isn’t a big deal, and so the drop in price is a nice perk.
The Galaxy Camera features a 16.3-megapixel CMOS sensor, a 23mm wide-angle lens, and 21x optical zoom. The ISO range is 100 to 3200 in addition to an auto option. The camera saves images in JPEG format, allowing images taken at 12-megapixels, 2-megapixels, and 1-megapixel to have a wide-screen aspect ratio. Movies can be recorded in full 1080p HD at 30fps, and at 768 x 512 in slow motion (120fps).
As for the Android aspect of the Galaxy camera, there’s a 4.8-inch HD Super Clear display and a 1.4GHz quad-core processor. Internal storage is 8GB, but there’s a microSD slot with support for SDSC, SDHC, and SDXC for more storage space. The camera runs Android 4.1 Jelly Bean, and comes loaded with a host of Google services, including YouTube, Maps, Talk, Places, Chrome, and the Play Store, among others.
No word on pricing yet.