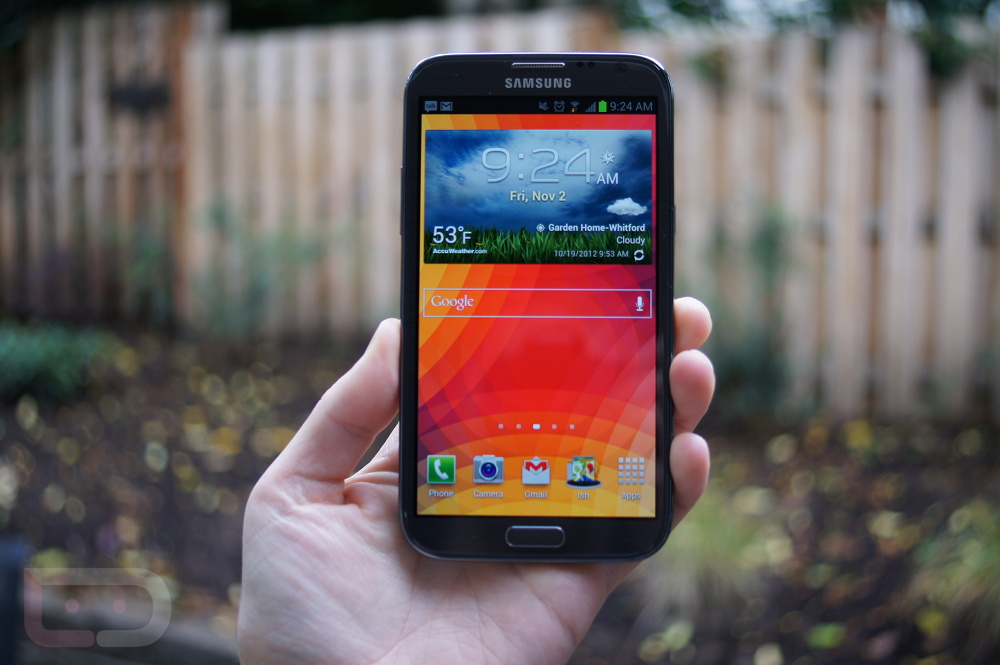 You see smartphone screens getting larger and larger, and you chuckle while shaking your head knowingly. You saw this trend coming from a mile away—that's why you picked up Samsung's first Galaxy Note phone back in October of 2011. The only downside to being so far ahead of the curve is that you've missed out on Jelly Bean and some of the new features that Samsung built into both the Galaxy Note II and the Note 10.1. But the company is fixing some of that today—you can now pick up an Android 4.1.2 update for the international version of the original Galaxy Note either over-the-air or through Samsung's Kies syncing software.
Samsung lists a number of improvements to the Note in the update's release notes—Jelly Bean brings with it both Google Now and Project Butter, the Google initiative that makes Android's performance more consistent. It also brings over a few features from both the Galaxy Note II and the Galaxy S III. From the former, it gains Samsung's "Multi-View" multitasking function, which enables rudimentary windowed multitasking for a few of the built-in apps. From the latter, it picks up a few new widgets. It also gains a new notifications bar, a gesture-enabled keyboard similar to Swype (or the stock keyboard in Android 4.2), and a handful of other fixes and enhancements—you can find the full list on Samsung's support site along with a few relevant screenshots demonstrating some of the new features.
All of this should keep your old Note feeling fresh while you wait for news about Samsung's new handsets and tablets—rumor has it that there's an 8" Galaxy Note tablet on tap for Mobile World Congress next week, the reveal for the Galaxy S IV is said to be happening as soon as March 14, and a handful of rumors about the Galaxy Note III are already circulating. We'll keep tabs on all of these as events progress. There's also no word as to when the US version of the Note will get this update, but you should expect it once the various carriers have completed their testing.