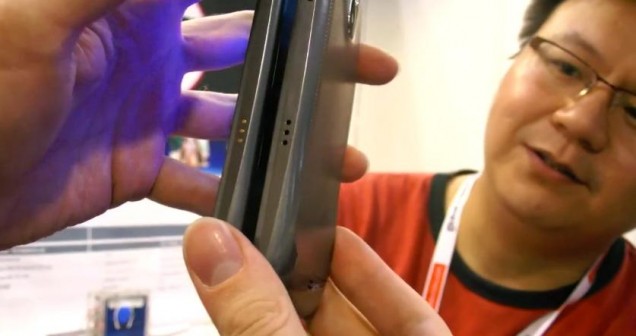 When a high-end smartphone is launched, the 'Chinese phones market' immediately sees a rip-off of the device at a much lower price. Though these devices are often mocked and made fun of, some of them aren't really a bad choice for those who cannot afford a high-end device but wish to own one. Though the ‘Made in China’ tag makes us wary, recently, we saw how some Chinese handsets have been wowing us and now we bring to you a list of high-end device clones. These aren’t merely just clones of a high-end smartphone; they also offer decent and at times even better features than the original smartphone. Owing to their popularity, many companies making these clones, have now started manufacturing their own devices and are even applying for patents. So the next time you see a look-alike don't fight the urge to give it a whirl.

Apple iPhone
Buying an Apple device means taking the strings off your purse to widen the mouth as much as possible, and that’s not what most of us could afford. Little wonder then that the Apple products are probably the most cloned. So if you are looking for an iPhone rip-off then you will be spoilt for choice, quite literally. There are many Chinese companies who have launched iPhone look-alikes and some of these are good enough to fool anybody. The GooPhone I5, remarkably matches the original to a T when it comes to exteriors. It is however powered by Android, features a 1GHz MT6577 dual-core processor, 8MP camera and a 4-inch display, which should be enough to clock decent performance. It can be bought online.

What's in the name? The iPhone 5's look-alike from GooPhone


If you don’t want to wait a month for your phone to reach you, then you can try your local grey market and you are bound to find a few options. In our scouting, we found the Hero 5i-Iphone 5 easily available in the market, which again looks deceptively similar. This one too features a 4-inch display, 1GHz MT6577 dual-core processor, 8MP camera and runs on Android. Additionally, the Hero supports Dual SIM. While these phones look just like the iPhone, they are no match for the iPhone 5 when it comes to performance with its Apple A6 chipset, iOS and the much touted retina display. Naturally, it's not the same as owning an iPhone, but if you compare the price, you will have to shell out Rs 13,400 for 16GB variant of the GooPhone, while the Hero goes for a far cheaper Rs 3,200 for 16GB. Compare this to the Rs 45,500 that you will have to pay for the original iPhone 5 - it's not much of a comparison.


Another iPhone-esque phone that has generated quite a buzz is the MI-Two from Xiaomi and unlike the others, not only does this one have the looks, but it also boasts of a performance to boot. The phone is powered by quad-core Qualcomm Snapdragon S4 CPU, Adreno 320 GPU has an IPS LCD capacitive touchscreen, 720 x 1280 pixels 4.3-inch display, 8MP camera, runs Android Jelly Bean and much more. Xiaomi enjoys a cult status in China, much like Apple does in the US and around the world. In fact, many have dubbed the company China’s Apple albeit at the fraction of the cost and if the specs of the phone has got you salivating then you should know that getting hold of Xiaomi MI-Two is much more difficult than getting an iPhone 5. You can get one shipped, but you will have to wait for almost a month for it. The 16GB variant will cost you approximately Rs 22,000 that is almost half the price of the iPhone 5.

Samsung’s Galaxy Note II
Want to own the most popular phablet, Samsung’s Galaxy Note II, but the only obstacle is its hefty price tag of Rs. 40,000? Then, you can always opt for its look-alike which will cost you not more than Rs13,999 online. Interestingly, the device has been christened Galaxy Note II and has features almost at par. Its dimension are almost similar to the original Note II. It has a 5.5-inch Super HD AMOLED LED 5 Point Capacitive Touch screen. You won't find the similar Quad-core 1.6 GHz Cortex-A9 with 2GB RAM, but this Galaxy Note II has a 1.2 GHz quad-core processor VRM7, which isn't bad for the price. With support for 2G, 3G, 4G LTE, Wi-Fi, USB 2.0 and Bluetooth connectivity options, you will also find A-GPS, GLONASS, and multiple sensors like accelerometer, gyro, barometer, digital compass and proximity. Moreover, this Galaxy Note II clone has dual SIM support.

The Galaxy Note II is easily the most copied phablet


This clone has a slightly weaker 2800mAh battery compared to the 3100mAh battery of Samsung's Note II. It is available in the 32GB version and the microSD card slot will let you extend it up to 64GB. You will not be disappointed on the camera front also, as the device comes with a 5 megapixel camera with 8x digital zoom along with scene, focus and capture modes. However, do not expect a Samsung-like S Pen and its innovative features. In fact, the device doesn't even come with a stylus and runs on Android 4.0 Ice Cream Sandwich. The device is available online as 5.5-inch Android 4. 0. 5 Dual Sim 3G Galaxy Note II 32GB.

Galaxy Note
Those on a tight sub-Rs 10,000 budget and wanting to own the Samsung Galaxy Note, can consider this clone at Rs 9,100 (plus Rs 900 to Rs 1800 depending upon the type of shipping you opt for) from Chinastore. It is slightly bulkier than the Samsung Galaxy Note and has a slightly lower set of features, for obvious reasons. Sporting a similar 5-inch capacitive touchscreen with a lower resolution of 800 x 480 pixel, the HDC Galaxy Note has a 5MP rear camera with auto focus and digital zoom and a VGA front facing camera. Powered by a 1GHz MTK MT6575, this dual SIM smartphone comes with support for Wi-Fi, USB 2.0, GPS/A-GPS and Bluetooth. The battery promises three to four hours of talk time and 300 to 400 hours of standby time. Although the specs aren't as good as the original Note, this look-alike isn't bad for one-third the price.

You can get this Samsung Galaxy Note for under ten thousand


Samsung Galaxy S III I9300 True Clone
The Samsung Galaxy S III created quite a buzz when it was launched not only for its stunning looks but also what it had to offer when it came to specifications. It was in fact on par with the iPhone 4S that was one of its biggest competitors. But if this Rs 29,000 phone is out of your budget, then you can look at a similar-looking device that ironically goes by the name True Clone. At Rs 12,000 what you will get is a device that looks identical to the original. However, True Clone is slightly smaller compared to the S3 with a 4.3-inch display as opposed to the original's 4.8-inch. The clone also weighs less at 125 gms, compared to 133 gms of the original. That said, however, when it comes to the processor it's the clone that has a better processor as it is powered by 1.5GHz Quad Core processor, as opposed to 1.4GHz on the S III. Though this should not make too much of difference. In terms of camera both feature 8MP rear camera, but differ slightly when it comes to the front facing camera. Overall, at Rs 12,000, True Clone is a good bargain.


Music L9/Nokia N9
The Music L9 is the clone of the high-end Nokia N9 Meego device. This N9 look-alike can be grabbed at an extremely cheap price of around Rs 4,000, which is a paltry sum compared to the original handset priced at Rs 25,000. It is a perfect imitation of the N9 and one could be confused if both devices were placed side by side. However, the L9 is a tad lighter and sleeker with a slightly smaller 3.6-inch display. The Music L9 has a dual SIM functionality and supports both GSM and CDMA. On the connectivity front, you will find Bluetooth, Wi-Fi and USB. Do not expect much when it comes to the camera as the L9 has dual VGA cameras for the rear and the front side. This look-alike wouldn't deliver the same performance, but if you really love the N9 and always wanted to buy it then the price of the device shouldn't stop you from doing so.


There are umptee clones in the market for the iPhone, Galaxy devices, HTC smartphones and more. Just walk into local tech hubs like  good ol' Crawford or Manish market and you will find a slew of smartphones like the Galaxy S III, S II, Note, Note II and the most popular cloned device - the iPhone, priced between Rs. 2,200 to Rs. 3,200. Surprisingly, these devices are also backed by a one year warranty.

Would you opt for a budget device clone instead of the original handset?