It has been an eventful day for Sony, which just wrapped up its PlayStation 4 event a bit ago. Although it didn’t show off the game console, the company has released its specs, along with information about its Dualshock 4 controller and PlayStation 4 Eye camera. Check out a gallery of pics, as well as the specs and other details after the jump. The PlayStation 4 is said to “center around” a custom GPU and (8) x86-64 cores on a custom chip. 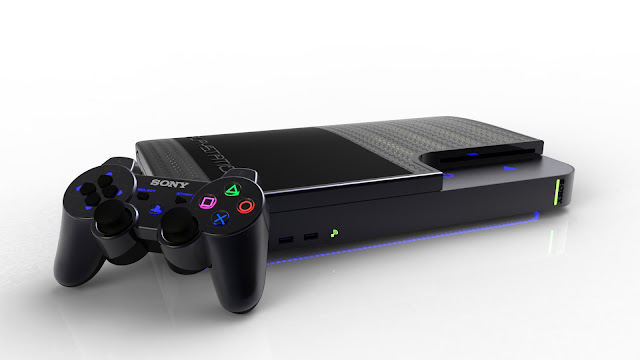 The GPU contains 18 compute units for a total generation of 1.84 Teraflops of power for simulation and graphics. There’s 8GB of GDDR5 memory offering 176 GB/second of bandwidth. Video compression and decompression is described as “always on” for seamless gaming. The rundown of the specs looks as follows: x86-64 AMD Jaguar CPU with 8 cores, as well as an AMD Radeon GPU. There’s a 6xCAV BD and an 8xCAV DVD drive, as well as one USB 3.0 port. There’s Ethernet, 802.11 b/g/n, and Bluetooth 2.1. Audio/video connectivity includes HDMI, analog A/V out, and optical digital output. This is accompanied by the Dualshock 4 controller, which is an updated version of the Dualshock 3 that gamers have enjoyed for years. The Dualshock 4 features a new, sensitive six-axis sensor, plus the obvious and alluring touchpad on the front of the device. There’s a distinct tri-color LED bar on the top of the controller that illuminates with the gamer’s color, making it easier for players to locate and track their own controllers.  Finally, there’s the PlayStation 4 Eye camera system, which contains two wide-angle cameras capable of depth perception and 85-degree views. With these features, the Eye can perceive a gamer from both sides, and when combined with its four microphones, can detect the player’s voice. Even better, however, is its ability to identify the Dualshock’s LED light to identify each player and his or her position. The PS4 Eye is compatible with the Move motion controller.