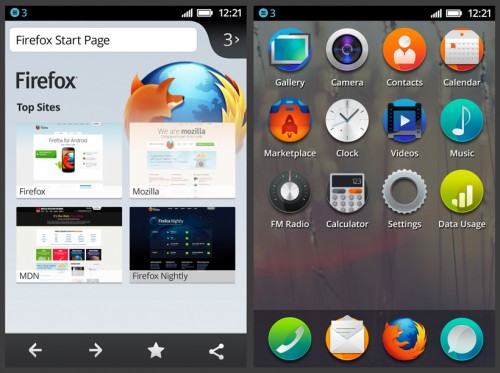 Despite what your feelings may be about Firefox OS, various OEMs and carriers are clearly content with having more options to explore. The latest outfit appears to be Sony's Mobile entity, which, earlier today, announced it had reached multi-year deal with Telefónica which will "explore the development" of a device running Mozilla's novel operating system. What's more, Deputy Chief Executive Officer and Head of Products Business Group, Bob Ishida, says Sony Mobile engineers are already working on a project with the new mobile OS on the block, adding that the eventual goal is to "bring a product to market in 2014." Now, whether we'll see higher-end slabs than some of the ones we've experienced thus far, well, dear readers, that remains to be seen.
Sony Mobile and Telefónica reinforce partnership with multi-year commercial and technical collaboration
Telefonica to range Sony Mobile's 2013 Xperia portfolio including Xperia™ Z and Xperia™ Tablet Z
Telefónica establishes technical partnership with Sony Mobile to leverage opportunities with the new Firefox OS open source platform
25th February 2013, Barcelona, Spain - Telefónica and Sony Mobile Communications ("Sony Mobile") today reinforced the strength of their commercial partnership in a multi-year agreement that confirms the operator's ranging support for Sony Mobile's 2013 Xperia™ Android device portfolio, as well as laying out a joint technical collaboration to explore the development of a handset running Mozilla's Firefox OS open source mobile platform.
Sony Mobile and Telefónica are long-term partners and Sony Mobile has in the past year steadily grown its portfolio of premium Android-based smartphones available on the Telefónica network, including the Xperia™ T - aka 'The Bond phone' and now the acclaimed Xperia™ Z smartphone and Xperia™ Tablet Z. Under the terms of the agreement, Telefónica and Sony Mobile will further strengthen their partnership and investigate emerging technologies such as the Firefox OS platform to extend Sony's premium product portfolio to a wider customer base.
"At Sony Mobile we continue to evaluate innovative technologies that can help deliver the premium user experiences that Sony's consumers expect," said Bob Ishida, Deputy Chief Executive Officer and Head of Products Business Group, Sony Mobile Communications. "Our engineers are now working with Firefox OS Mobile and HTML5, evolving technologies which show great potential. In addition, we continue to work with our operator partners, including Telefónica, on a development project with an ambition to bring a product to market in 2014."
"Sony's Xperia Z and Xperia Tablet Z are stunning devices that really raise the bar when it comes to the premium smartphone and tablet segment- and we're delighted to be partnering to bring these to market across a number of our global channels," commented Marieta del Rivero, Group Devices Director, Telefónica. "As well as the great opportunity we have in 2013, our further collaboration around a possible device on the Firefox OS mobile platform will create the opportunity to reach new segments of the market, allowing us to provide an even wider choice of premium Sony device offerings for our customers."
Firefox OS marks a significant milestone for the industry, enabling for the first time devices to be manufactured to totally open web standards. It will provide customers with a rich, open and dynamic smartphone experience.