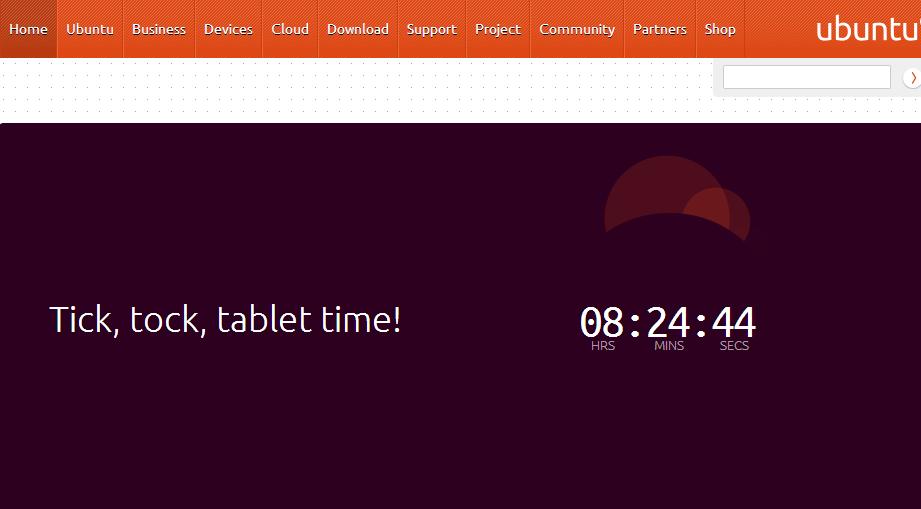 Canonical, which just announced the release of the release preview of its Ubuntu OS for smartphones, has now put a countdown timer on its home page, along with the caption, 'Tick, tock, tablet time!'.

At the time of writing this post, the countdown was at 10 hours, which means that the announcement is expected at around 9:30pm (Indian Standard Time). There are no other details on Ubuntu's website. This announcement could most likely be about the release of a tablet optimised version of Ubuntu, which is in line with the company's plans of offering consumers a unified experience on TVs, phones, PCs, and other devices.

Offering a tablet OS would make sense, as these devices are increasingly gaining prominence, and Ubuntu will be able to strengthen its ecosystem across phones and tablets. Till we hear from Canonical, everything else is just speculation. We'd expect a release preview of the tablet version of the OS and announcements related to devices. Canonical had announced the launch of the Ubuntu smartphone OS in January.

As an aside, it's interesting to note that the time of the announcement coincides with HTC's planned event, where it's expected to announce the HTC One aka HTC M7.

Just a few days back, Canonical had announced that images and open source code for the Developer Preview of the Ubuntu Smartphone OS for touchscreen devices will be made available on 21 February, offering support for the Galaxy Nexus and Nexus 4 smartphones. It has also published a Preview SDK and App Design Guides for developers to create applications for the full range of Ubuntu platforms.

Ubuntu OS is an open source operating system, which is based on the Debian Linux distribution and seeks to offer consumers a unified experience on TVs, phones, PCs and other devices.