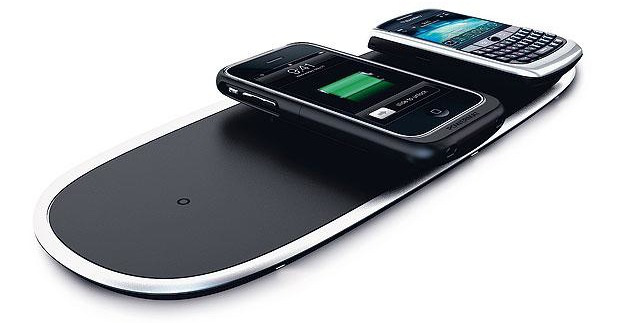 Wireless charging isn't something new; the technology exists since 1981. There have been traces of its implementation in modern day – try recalling your electric toothbrush charger or the mortified Palm Pre that came with an optional Touchstone wireless charger back in 2009. But in the last one year, smartphone technology has evolved with leaps and bounds and giants like Samsung, HTC, Nokia, Qualcomm and others are giving it a push for commercial sale.

In fact, wireless charging is already infused as an option with the Lumia 920 and the Lumia 820, and the Samsung Galaxy S IV is also rumoured to come with wireless charging abilities. We even heard of the optional wireless Orb to accompany the Nexus 4. Seemingly, it is likely to become a standard feature on smartphones. However, there are some hurdles to pass before that finally happens. So, if you have been hearing a lot about wireless charging, then don't get muddled as we have simplified wireless charging and its future possibilities.

What is wireless charging?
Wireless charging means transmitting power/energy to your device through the air, in order to charge it. This means you can charge the device without the need for a plug/wire that connects the charger and the device.

How it works?
Wireless charging, also known as Inductive charging, transfers energy between two devices using electromagnetic field. An AC current in one part (transmitter coil) creates a magnetic field, which in turn creates voltage and induces it in the second part (receiver coil), and the voltage eventually powers your device (in our case a smartphone) without any wire connecting the two of them. All you need to do is place the device near/on the charging plate. These two coils together form one transformer. Look at the reference diagram below.

Clearly, the future possibilities are numerous. Instead of dedicated charging panels, it would be great to just place our handset or any other device on a board room table or a bedside table which will automatically start charging it. In fact, imagine a hotspot area similar to a Wi-Fi hotspot, putting you in an area where you don't even have to place your phone on a charging panel and the device gets charging while you are speaking. However, these are vague, distant possibilities and we are nowhere closer to it.

Futuristic possibilty – At office, just place your device in the charging area or wireless charging-induced desk


While talking about wired charging, we have come to the consensus of a single standard, for instance, a USB or micro USB has become the standard of charging for most of the devices. This doesn't seem to be the case in wireless charging as currently we have two wireless charging standards, both put in place by different set of industry giants – Qi (pronounced as chee) and Alliance for Wireless power (A4WP).

Futuristic possibilty – At home, just place your device in the charging area


Qi (pronounced chi)Qi is a wireless standard developed by Wireless Power Consortium which has manufacturers such as Nokia, HTC, Huawei, LG, Motorola, Samsung and Sony working on it. The aim is simple to make this a global standard for wireless charging. Nokia is among the first companies to show off wireless charging using the Qi standard with its latest Lumia smartphones and a couple of accessories such as the Wireless Charging Plate and Wireless Charging Stand. According to a Nokia spokesperson, “We have adopted the Qi (pronounced chi) standard in our wireless charging devices, which lets you place your phone on a compatible charger to fill up your battery.”

Qi works on inductive charging and will work only for those devices (using inductive coupling for wireless charging) that lie within the scope of this standard . In this type, there’s a base station that provides the power with the transmitting coil and the mobile device consumes it using the receiving coil. The distance between these two coils is usually 5 mm and can be possibly extended to about 40 mm. Qi earlier had a low-power specification that delivered up to 5 watts and then moved to medium-power specification that is capable of delivering up to 120 watts.


Talking about the future of wireless charging, the Nokia spokesperson further adds, “We plan to incorporate wireless charging into all of our devices, wherever possible. At the moment, we have launched a few exciting products which have been appreciated by consumers. We are closely tapping consumer feedback, listening to what people like about this technology and what changes they might want in the future. We’ll then decide how best to move on with wireless charging to create a seamless charging experience.” 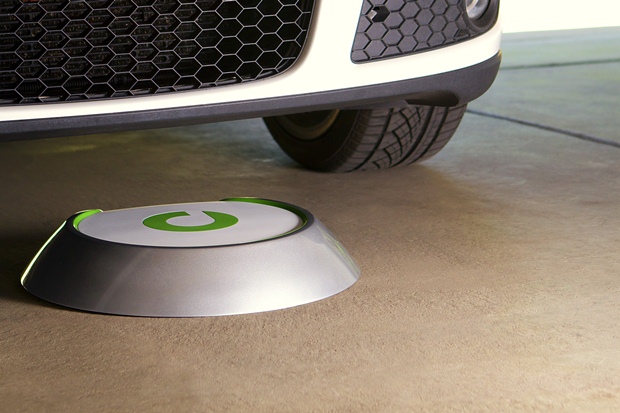 In fact, Nokia has started working towards creating an eco-system for wireless charging. It is already in partnerships with Coffee Bean and Tea Leaf and Virgin Atlantic to allow users of Nokia’s upcoming Nokia Lumia 920 and Lumia 820 to charge up using table-top wireless charging stations. They will be announcing such similar plans for India as well when they move closer to roll out dates.

Alliance for Wireless Power (A4WP)Joint efforts of Qualcomm and Samsung have resulted in the Alliance for Wireless Power or A4WP, a competitor to the Qi standard. This standard is trying to bring spatial freedom, which means charging multiple devices anywhere on the charging area at the same time. Moreover, charging them without any physical contact within the charge area. This also includes power transfer via non-metallic (furniture) and other surfaces. A4WP focuses on advances like significant spatial freedom between mobile devices and the source of wireless charging, which means power transfer via non-metallic surfaces. Basically, they want to negate objects like charging cases, covers, mats, panels and so on. For instance, Qualcomm is working on WiiPower technology, which allows charging many devices like phones, camera, game controller and more by placing them in a charging area. Moreover, it has also developed the Halo – Wireless Electric Vehicle Charging (WEVC—pronounced wev-see) that uses inductive wireless power transfer to charge the Electric Vehicle battery, simply and elegantly eliminating the need for the plug-in cable.

Talking about the availability of devices supporting this standard, Qualcomm spokesperson says, “The next generation technology, showcased by A4WP and Qualcomm will lead to greater expansion of wireless power within the consumer ecosystem. Starting with higher-end smartphones, it is expected that by 2015, a high percentage of mobile devices will incorporate wireless power directly. In the next few years, we expect to see the barriers to full integration deteriorate to the point where wireless power is considered a standard feature in most phones and tablets.”

Spatial freedom – no need for charging mats or plates


Talking about wireless charging in a price sensitive market, the spokesperson adds, “India is no exception. Wireless power offers advantages that directly address the India market, such as reduced need for accessories like wall adapters, thus helping keep more electronics from the landfill. In addition, because it is more common for Indians to have a mobile phone than a home landline phone, keeping these devices charged while on-the-go is vital.”

While Nokia devices based on the Qi standard have begun to hit store shelves, Qualcomm's A4WP-based devices promising "spatial freedom" will be seen somewhere around 2015. Though we are at a nascent stage of wireless charging, the technology seems promising and something that could be a standard feature in the next three to four years. What do you think?