Would You Really Want to Wear the iWatch? 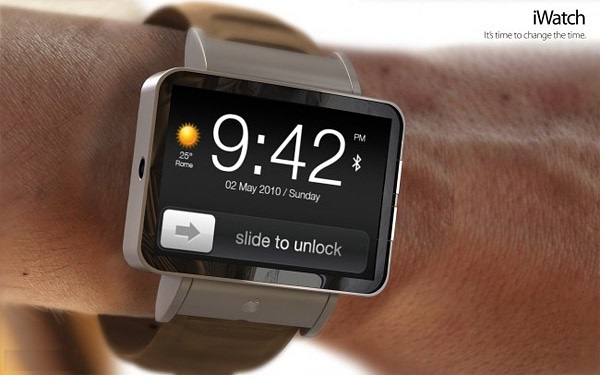 Everywhere tech fans turn lately, they’ve been hearing rumors about Apple’s plan to launch a smartwatch that could eventually be known as iWatch. That device, the reports say, is being handled by a team of more than 100 people charged with getting the company’s wearable tech to the marketplace.
As with other Apple rumors, the iWatch is exciting the company’s fans. Surely Apple has something great up its sleeve with the watch, those fans might say. Others are already predicting that they’ll buy one and wear it each day, and before long, just about everyone else will, too. The iWatch has somehow joined the pantheon of Apple greats, like the iPod and iPhone, before it’s even launched.

But perhaps we need to come back down to reality. Apple’s iWatch idea is probably the most ridiculous thing I’ve heard in a long time. And I, for one, wouldn’t be caught in public wearing the company’s watch.

Now, I’m sure there are many people who will respond to this column by saying that many industry observers believe that wearable technology is the future. And I can’t disagree with that. But is a watch really the product to deliver the next giant leap in technology?

The beauty of Apple products is that they can be used anywhere a person goes. The iPhone is a work and home device. The same can be said for the iPod and iPad. Macs have even found a way to bridge the gap between consumers and enterprise users.

But a watch is a different story altogether. I’ve yet to find a tech-lover’s watch that actually looks good on the wrist. More importantly, it fails to deliver the kind of end-to-end solution that Apple’s many other products might.
"I don’t see bigshots putting down their Rolex for an iWatch"
For example, would you really wear the iWatch to work? Sure, it’ll help you keep the time and maybe check your e-mails, but you already have an iPhone and iPad for that. And if you’re in a client-facing business, would a big, bulky Apple watch really send the right message? Perhaps. But it depends on the industry. I don’t necessarily see financial-industry bigshots putting down their Rolex for an Apple iWatch.

To me, the iWatch sounds like a gimmick. It’s something that I could see someone wear while on a run or perhaps working around the house. But to wear it as the central part of an outfit each day doesn’t quite add up.

Of course, the technology industry is littered with people like me who have doubted Apple’s ability to score big and succeed. But I think the iWatch is an attempt by Apple to bite off more than it can chew. I get the smartphone, the tablet, the music player, and the television idea. But I don’t get the company’s reported desire to make a push for timepieces.

I’m impressed by Apple’s ability to make smart decisions year in, year out. But if the iWatch launches sometime this year, I couldn’t help but wonder if the best ideas have already been revealed.