A digital camera without a screen 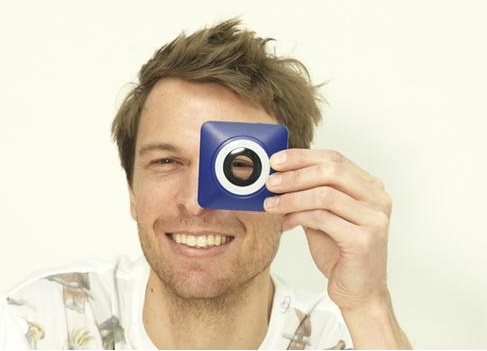 The cameras we click with got rid of the roll of film inside a long time ago – but their basic form has remained the same.
It’s no longer the film but the viewing screen on the back which dictates how they look – that is, until Conran came up with a prototype which radically alters the digital camera and has echoes from the golden days of film cameras.
Mankelow talks BBC Future through a design which has more in common with the old Kodak sitting on your shelf than the average smartphone.
For BBC Future’s Imagineering project, in which designers are asked to reinterpret everyday objects, the designer chose to reimagine the digital camera with some of the joys of the analogue age. 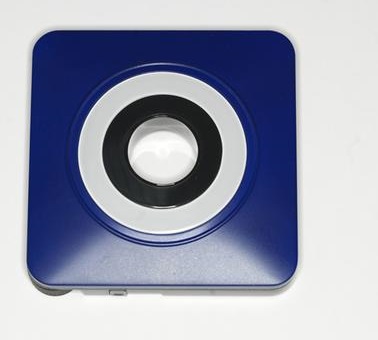 Sitting in an apartment above the company’s London offices, senior designer Jared Mankelow unveiled the company’s vision. His bold design is a Post-it note-shaped square in bold blue, with two rings at the front for the imaging sensors (black) and a ringflash (white). A large hole bored straight through the camera serves as its lens and viewfinder.