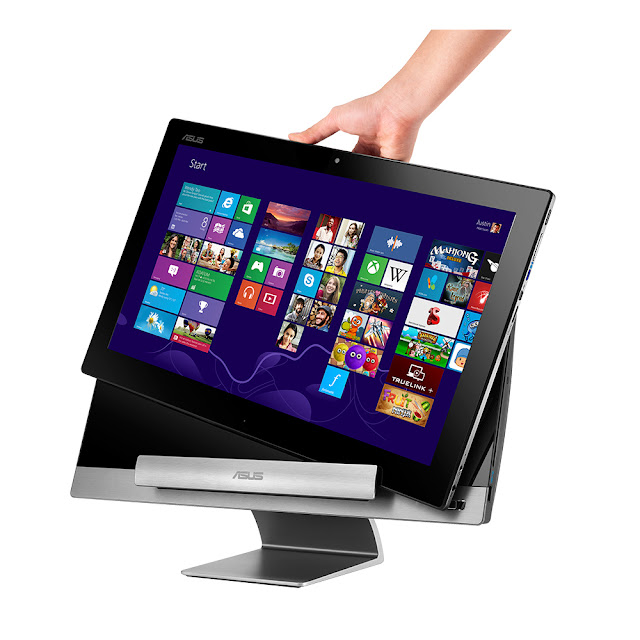 “Transformer” is the perfect name for the latest all-in-one from Asus. It’s a PC that can become an 18-inch tablet. It runs Windows 8 and Android. And it’s freakin’ huge at more than five pounds.
Asus announced Thursday that this behemoth, the Transformer AiO, which made its debut in June, will ship sometime in the second quarter with a starting price of $1,300. 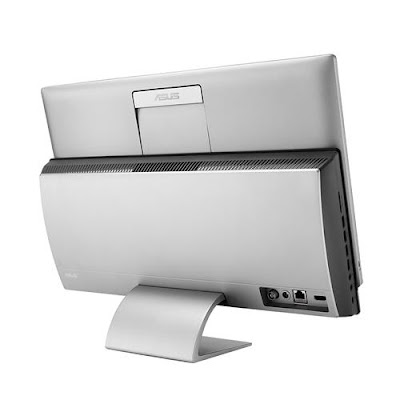 The Transformer AiO is an interesting hybrid that can serve as an all-in-one desktop PC or a comically large tablet. The entire gadget is comprised of a tablet display that docks into a stand that holds the PC guts needed for more serious computing.

When the AiO is docked, the device runs Windows 8 and is powered by Intel’s core i3 CPU (though it can be purchased with an i5 or i7 processor as well). Graphics processing is handled by a Nvidia GeForce GT730 GPU, and the AiO can be had with either 4GB or 8GB of RAM. You have two choices of hard drives for local storage — 1TB or 2TB. There’s also an optical drive for reading and burning CDs and DVDs, 4 USB 3.0 ports, 1 USB 2.0 port, an SD card slot, and HDMI port (for hooking the AiO up to a TV or extra monitor), and a built-in TV tuner. And all of this is built into the device’s PC Station stand.
Once the tablet/display of the AiO is removed from its stand, it can run as a Windows 8 tablet that wirelessly taps all the processing horsepower in the stand, as long as both pieces are on the same Wi-Fi connection. While in tablet mode, users can switch over to Google’s Android OS (Version 4.1 Jelly Bean). In Android tablet mode, the AiO runs solely on what it’s got inside, which is pretty meaty by today’s tablet standards — namely a quad-core Nvidia Tegra 3 processor, 2GB of RAM and 32GB of local storage. The 10-point multitouch display measures in at 18.4-inches and boasts a full HD resolution of 1920 x 1080 pixels. 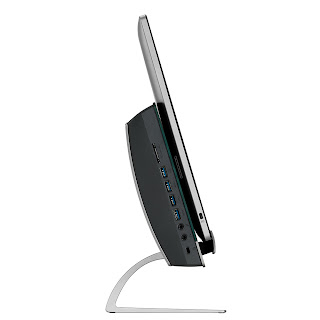 Did we mention this sucker will be heavy? The AiO’s tablet/display chunk will weigh in at 5.29 pounds, while the PC Station stand weighs 9. Thankfully, you have no good reason to carry the stand around, but the tablet’s heft makes it one of the least mobile slates we’ve seen. Asus knows this, which is probably why it gave the tablet a kickstand, which allows users to prop it up at either 35-degree or 100-degree angles. This is a tablet for your coffee table or desk, not the coffee shop or park. Stick to the Asus-built Nexus 7 (a tablet we adore) for that.
There’s no question the AiO looks plenty capable. But it leaves us wondering who the hell would buy such a behemoth?