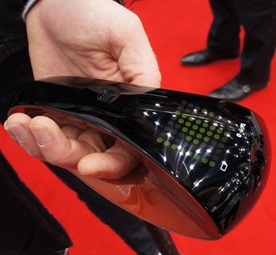 A walking stick with built-in sat-nav has been developed by Japanese technology giant Fujitsu.
The Next Generation Cane is designed to help elderly people find their way, as well as monitor things such as heart rate and temperature.
Its location can also be followed online - and can be set up to send email alerts if it thinks the user may have fallen over.
Technology for the elderly is a key concern for Japan's ageing population.
Fujitsu, like several companies in the region, is looking at ways to help us remain mobile and connected later into our lives - potentially extending our ability to keep on working.
The prototype device, shown off at Mobile World Congress (MWC) in Barcelona, is equipped with various connection technologies such as GPS, 3G and wifi - and has an LED display on top of the handle. If a change of direction is needed, the walking stick vibrates, and an arrow appears.
'Mature customer'Although designed for the elderly, Fujitsu envisions it being used by any vulnerable person. The Stylistic smartphone runs a heavily modified version of Google Android 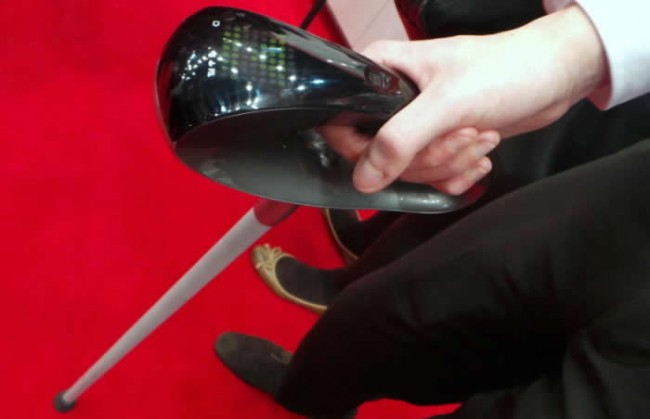 The stick sends data back to a host computer, so a carer or relative can see the location of the user, with additional data, such as heart rate, being streamed. If the stick detects an irregular heartbeat, it can automatically contact emergency services. Also on show at MWC was Fujitsu's smartphone designed for the elderly - or the "mature customer", in their words. The Stylistic runs Google's Android operating system, but is modified to aid people who have perhaps not used a smartphone before. The interface includes question marks at various locations to explain what each function is. The phone is also able to change the frequency of audio to make it easier for older ears to hear. There is as yet no planned release date for the Next Generation Cane, but the phone will launch in Europe in June, beginning with France.