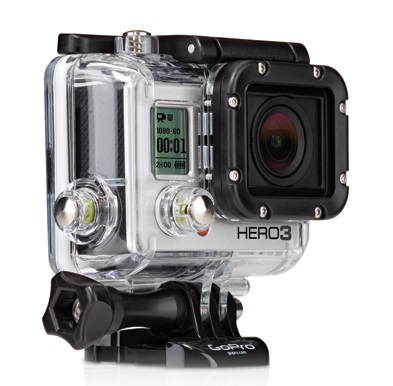 The GoPro Hero3 is smaller, lighter sports camera spacially built for every kind of sports including surfing,skiing and all other sports events.It features built-in Wi-Fi connectivity. The Black Edition offers a number of ultra-high-resolution capture modes and high frame rates for standard HD resolutions; burst speeds for still photos has been greatly improved.

The GoPro Hero3 is 25 percent lighter than the previous-generation Hero 2's camera. It's also 30 percent smaller. However, all of that reduction manifests in reduced thickness with a new depth of only 20mm. The height and width (42mm by 60mm) are unchanged to maintain compatibility with GoPro's line of BacPac add-on modules and rear doors for the clear plastic shell. 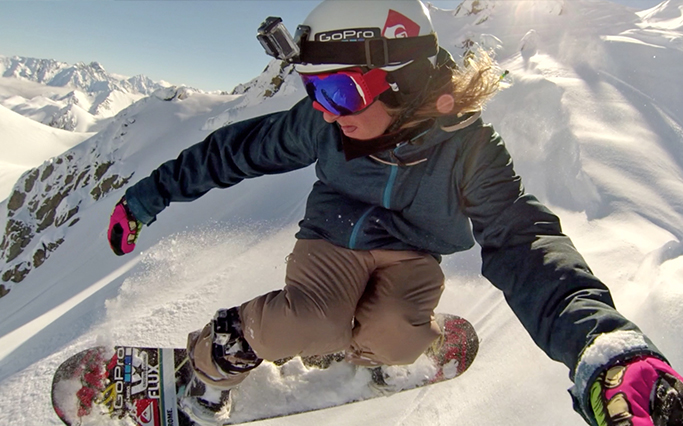 On the front panel, you'll find the new f/2.8, six-element aspherical lens that is supposed to offer twice the image sharpness and reduce the amount of barrel distortion at the extremes of its 170-degree field of view. However, the characteristic fish-eye look of the video and photos captured by the Hero3 hasn't been totally removed, as it's sort of a hallmark of the action-camera style, adding a bit of drama to scenery as it speeds by. 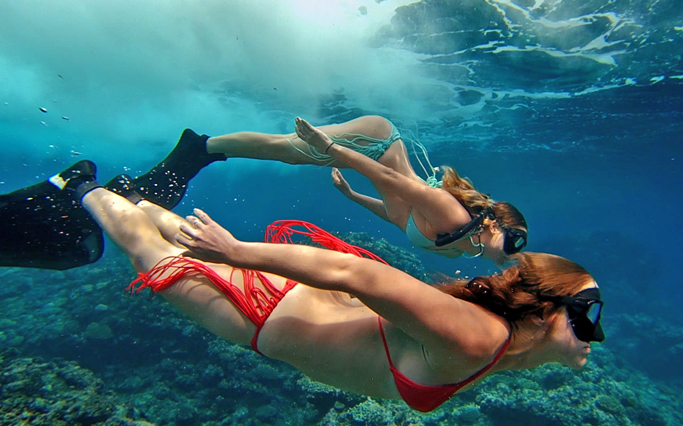 The Hero3 uses the same improved LCD of the Hero 2, with its monochromatic dot-matrix display. I found the screen to be easy enough to navigate using the GoPro's combination mode/power button to change modes and the shutter release to make selections. However, there is a bit of a learning curve. Expect to spend a bit of time on your first outing just looping through the menus and getting used to where the options are. I also found the LCD to be a bit difficult to read in direct sunlight.
Compny claims that this is the most versatile camera ever