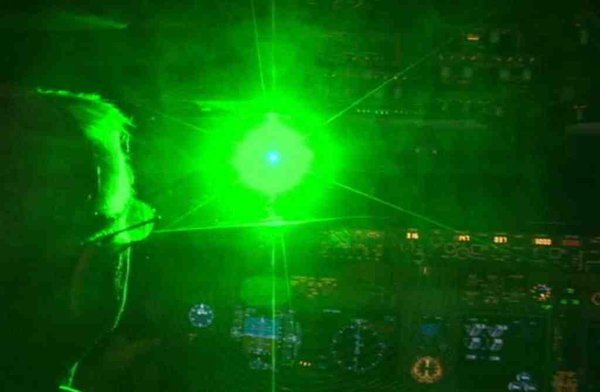 In October, 19-year-old Adam Gardenhire pled guilty to aiming a laser pointer at a private aircraft and a police helicopter. On Monday, a federal judge in California sentenced the defendant to 30 months in prison.
Aiming such a laser at an aircraft is now a federal crime under a law signed by President Barack Obama in February 2012. Gardenhire is believed to be the second person anywhere in the United States sentenced under the new law. In addition to the 19-year-old, four more Californians have been indicted on similar charges this month. (The first person sentenced under the new law was a Florida man, who was sentenced to six months, in August 2012.)