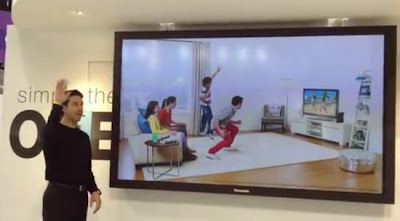 With a flick of the wrist, residents of a futuristic home developed in Spain can browse Internet pages displayed on the living room walls, switch off a giant projected alarm clock in the bedroom or transform the entire interior into a busy streetscape or tranquil beach.
It may seem light years ahead of current "smart home" technology, but this prototype apartment in Fuenterrabia, a city in Spain's northern Basque country, is far from the realms of fantasy.
The technology used to create the interactive interior is the same as that already being used in video games. The team behind the prototype have linked projectors which beam interactive applications on to walls to Kinect motion sensors, developed by Microsoft for its X-box 360 console, thus allowing residents to control their environment simply by waving their hands.
It seems to work like magic. 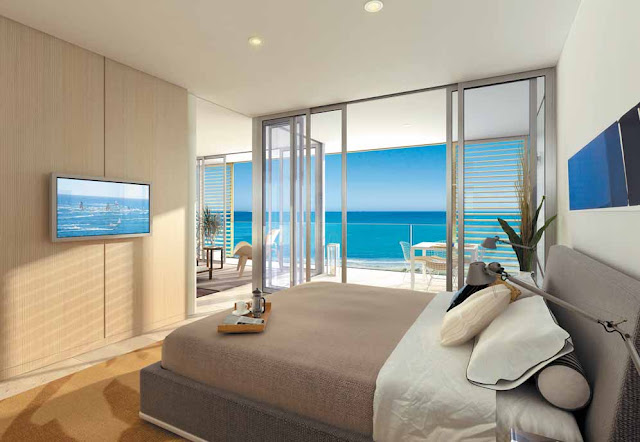 In the morning, a wave at the wall will switch off the alarm and display your diary at the same time.
If you fancy a change of scenery, just one small gesture will splash video on every wall, turning half of the apartment into a busy urban street or picturesque seascape, complete with sound effects.
"The project is a working prototype of a smart home," said its creator, Ion Cuervas-Mons, at a visual presentation of the project to AFP in Madrid.
"What we have done is to add a digital layer to a physical space to be able to interact with digital information through gestures, people's different movements," he said.
Cuervas-Mons launched the Openarch project in November 2011 and built the prototype in his own apartment.
He now leads the Think Big Factory, a core team of five architects and engineers, who collaborate with others to develop various products.
"There is a general interface, which is in the living room and which interacts with your hands," he explained.
"You go two metres away from the wall and move a type of cursor and you can switch lights on and off, turn music on and off, launch Internet sites, which then come up in a projection on another wall."
But the project is only 40 percent complete, he said.
"When we have finished the prototype, we will start to transform the applications into products. That is our goal for next year," he said.
The development team want to make the system unobtrusive so that a user can manipulate the gadgets in the most natural way possible.
Instead of trying to sell the entire interactive home system, the team aims to develop specific products from it. But each product would be able to communicate, allowing a buyer to create a system for the entire house should they wish. And homes are not the only destination for the technology, Cuervas-Mons said. "For example, we have been working with a large retail business and the first sector where we might see this technology could be supermarkets," he said. "This technology lets you convert non-commercial spaces into commercial spaces. You will be able to buy anywhere. You will be able to shop from your home, from the metro, from your car," he said. "I think this will totally change the way we shop."