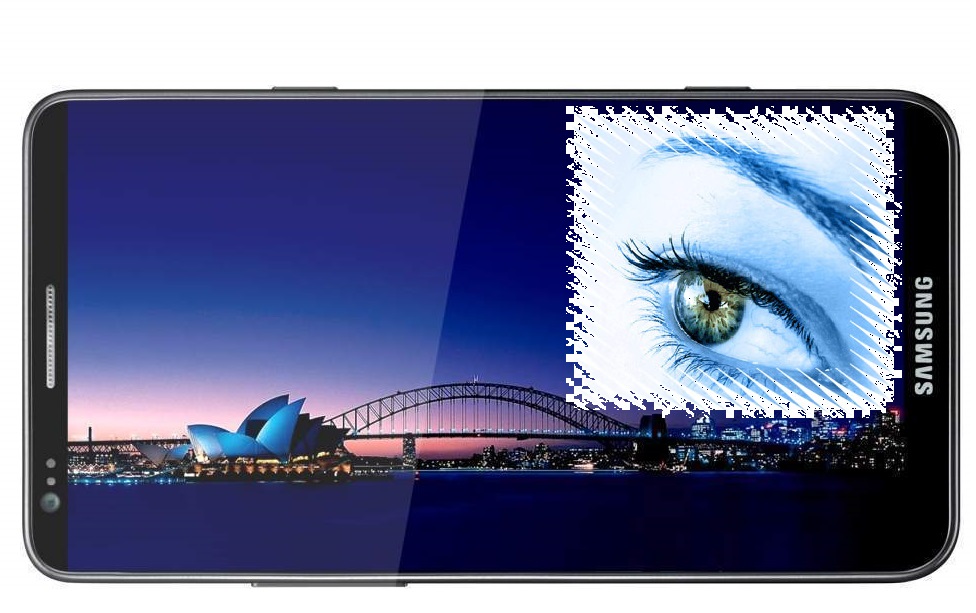 Samsung’s Galaxy S IV will feature software that uses eye tracking to scroll content on the screen, according to a report from the New York Times on Monday. When the phone senses that readers’ eyes have reached the bottom of the screen, it will page up the content on the screen so that users don’t have to swipe, the report says.
NYT points out that Samsung filed a trademark in Europe this past January for the term “Eye Scroll,” and it trademarked “Samsung Eye Scroll” in the US in February. The US application describes the service as “software having a feature of sensing eye movements and scrolling displays of mobile devices, namely, mobile phones, smart phones, and tablet computers according to eye movements.” The term “Eye Pause” was also trademarked in the US, but the application states only that the service is “software for smart phones and tablet computers.”
Samsung has kept details on the upcoming Galaxy S IV firmly under wraps, including specs and body design. We are betting on a quad-core processor, 1080p screen, and possibly a 13-megapixel camera, but we have only rumors to go on. The NYT article states that the phone will have "a strong focus on software." So we can expect that neither body design nor specs will ride shotgun in the announcement.
Samsung is holding a Mobile Unpacked event to announce the Galaxy S IV on March 14, and Ars will be on the ground reporting live. Until then, the grand secret of the Galaxy S IV and its many wonders are the exclusive property of the fictional Jeremy. Damn you, Jeremy.