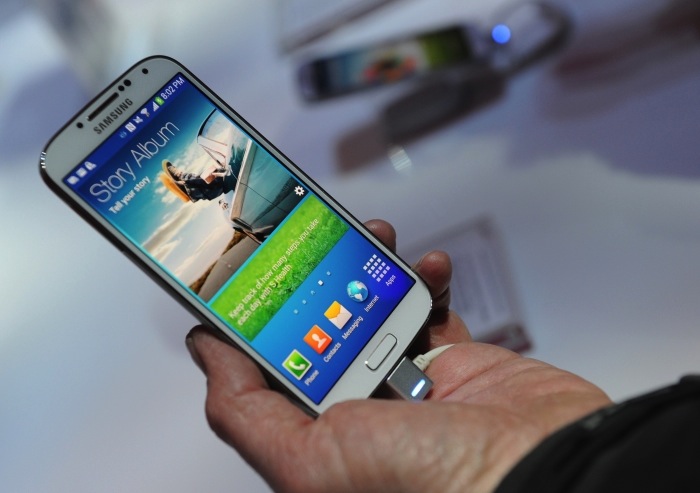 Samsung Electronics Co on Thursday premiered its latest flagship phone, the Galaxy S4, which sports a bigger display and unconventional features such as gesture controls and will spearhead its effort to challenge Apple Inc on its home turf.The phone is the first in Samsung's highly successful Galaxy S-series to make its global debut on U.S. soil, and represents another bet that consumers prefer larger screens.
The S4 which Samsung preceded with a marketing blitz that drummed up industry speculation reminiscent of some of Apple's past launches - will be available globally in the second quarter. Samsung said all major U.S. service providers will sell the phone but it kept mum on exact dates and prices.
The company was more than willing to share some of the latest Galaxy phone's capabilities: it can stop and start videos depending on whether someone is looking at the screen, flip between songs and photos at the wave of a hand, and other features not typically found on rivals' screens. 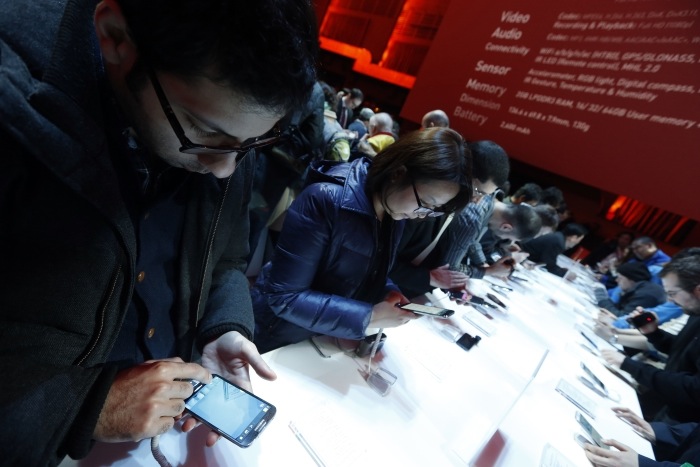 The success or failure of Samsung's latest flagship phone - the fourth in a brand launched in 2010, will be pivotal in the world's biggest smartphone maker's battle against Apple and smaller rivals to attract consumers who have a dizzying array of choices in advanced phones.
Samsung held the global launch event in the United States in the hope of regaining the lead in the crucial market. Apple's U.S. sales outstripped Samsung's for the first time in the quarter ending in December, even after Samsung spent a record $400 million on phone advertisements here last year.
While the global smartphone market's growth rate is tapering off, Samsung still derives the majority of its annual profits from Galaxy phones.
Samsung said the Galaxy S4 will sport a bigger 5-inch display than the S3's 4.8 inches. But because the new display will cover more of the phone's surface area, the device itself will be the same length and slightly narrower, thinner and lighter than the previous generation.
The newest features involve different options for navigation. For example, if the phone senses someone is looking at the screen, the user can tilt it forward or backwards to scroll up and down a Web page.
That feature falls slightly short of what some consumers may have expected after the New York Times reported that the phone would be able to scroll automatically by tracking readers' eyes.
But what it can do is sense when it has someone's attention. When a video is playing, for instance, the stream will automatically pause if the person glances away and it will restart when the eyes refocus on the screen.
This is an update on an existing Galaxy S III feature which allows the screen to sense whether or not the user is looking at. If there is nobody looking at the S III, the screen's light switches off automatically to conserve battery power. 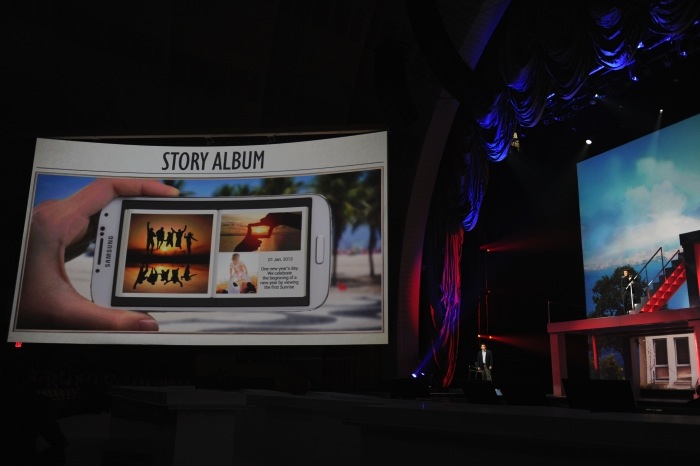 The latest phone also has a sensor that lets users move their hands to the left or right to scroll between different websites they have opened or through songs or photos in an album without having to touch the phone.
The idea is to make it easier to change the song playing without having to pick up the phone while driving or to avoid putting sticky fingers on the touch-screen display while scrolling through a Web page at mealtimes.
The phone will also allow users to hover a finger over an email inbox or a photo gallery to get a glimpse of more details of what's in the email or which photos are in an album.
Another feature includes the option to automatically put a copy of details from a photograph of a business card into the phone's contacts database or call a number in the business card.
Samsung is also promising an instant translation between 10 different languages for certain applications, as well as a separate translation application on the device. 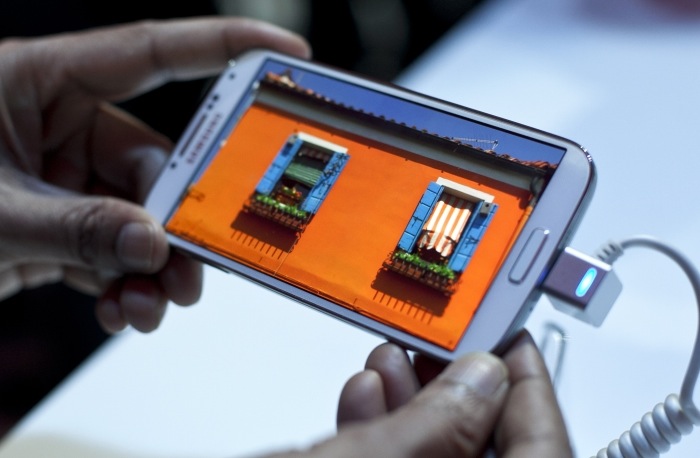