Samsung working on 5.9-inch phablet, May be launched later this year: Report 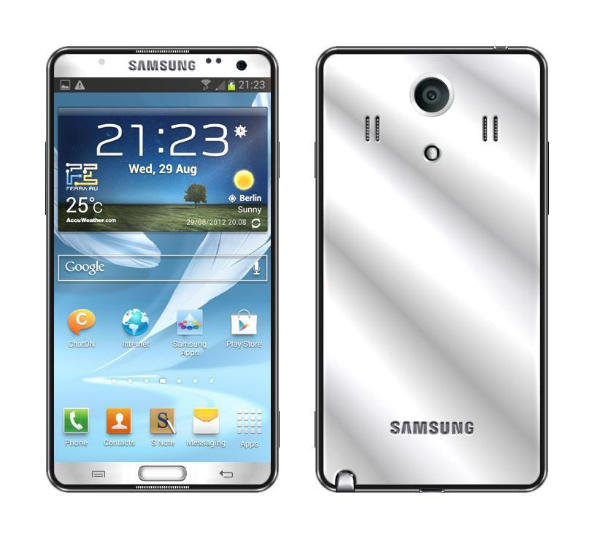 Samsung will be unveiling its latest Galaxy S IV flagship in a week's time. But fresh reports coming from The Korea Times claim that the Korean manufacturer is already gearing up for a 5.9-inch device to be introduce in the "latter half of this year".

"Samsung is working on introducing a new phablet using a 5.9-inch organic light-emitting diode (OLED) screen", an official told The Korea Times on condition of anonymity.
The official also mentioned that the new device will be powered by the proprietary Exynos Octa processor. Citing "an inside source from Samsung", the report mentions that the company expects to sell larger number of phablets in the near future, which should help it maintain its leading position in the smartphone sales rankings.
Whether or not this is a separate device from the 6.3-inch Galaxy Note III currently in the making, remains to be seen. Earlier reports from The Korea Times indicated that the Samsung Galaxy Note III will sport a 6.3-inch screen and will perhaps come with the recently announced Exynos 5 Octa processor.
A December report also mentioned that in 2013, Samsung will be cutting down its investment in the Liquid Crystal display (LCD) units and concentrating more on organic light-emitting diode (OLED) and plastic-based flexible displays.
The current report, however, states that it is unlikely the company will use flexible display technology considering its display-making Samsung Display is having difficulty coping with demand.
The report notes that Chinese manufacturers like ZTE and Huawei have taken the phablet category seriously by unveiling devices such as the 5.7-inch Grand Memo and the 6.1-inch Ascend Mate respectively. ZTE is also rumoured to be working on the Nubia Z7 which boasts a 6.3-inch display and an 8-core CPU.
Quoting a top-ranked executive at one of Samsung's parts suppliers, the report mentions, "Even if these kinds of sizes ― from 5-inch to 6-inch ― are stretching the limits of traditional pockets, well-made phablets using bezel-less technology have been warmly received. Users prefer bigger phones and they use them more often. Samsung will be more focused on larger phones".
Samsung pioneered the phablet category with the 5.3-inch Galaxy Note introduced in October 2011 and its subsequent successor the Note II unveiled at its Unpacked event in Berlin on August 2012. Both these devices have been quite successful and Samsung has already announced that it has managed to sell 5 million units of Samsung Galaxy Note II just two months since the phablet started shipping.