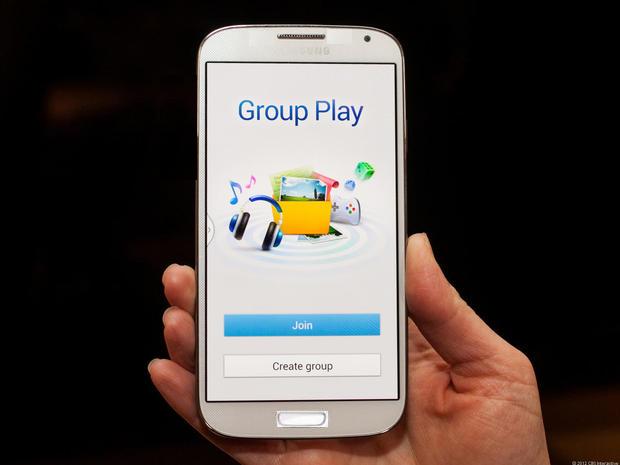 Samsung has started rolling out a new update for its Galaxy Grand smartphone. The update, which is 27.86MB in size and lists only 'Improved stability', in the change-log, brings Group Play functionality to the phone. The feature was first spotted by BGR India.
The Group Play feature was introduced with the Galaxy S4, and allows users to transfer and instantly view or play documents, music files, photos, and other content to other Galaxy S4 handsets with just a simple tap. (Check out the Top 10 new features of the Galaxy S4) However, its functionality seems to be a limited in the Galaxy Grand. One reason for the limited functionality is the lack of NFC capability in the Galaxy Grand. The Grand's Group Play app allows sharing of pictures, music and documents with other Samsung smartphones connected on the same WiFi network. Users need to select the media item, enter a six digit PIN, and users on the same WiFi network with Group Play enabled handsets will see the item in the app under the 'Join' section. The update can be downoaded over the air through the phone's settings via Settings>About Device>Software Update>Update. We also checked the Galaxy S III for an update but it looks like Samsung has not seeded or prepared one, as of yet. Previous leaks had revealed that the Galaxy S III would also get some of the Galaxy S4's features including Smart Scroll, Eye Scroll and Eye Pause. A Samsung spokesperson had also said that the Galaxy S III would get some software features from the S4.

It looks like Samsung is also passing on the benefits to other devices in the Galaxy series.
A few days back, Samsung had pushed another update to the Galaxy Grand bringing 'Blocking mode' to the phone. The mode allows users to disable notifications for certain features on the device such as incoming calls, alarm and timer and notifications itself, similar to the DND facility in iOS. 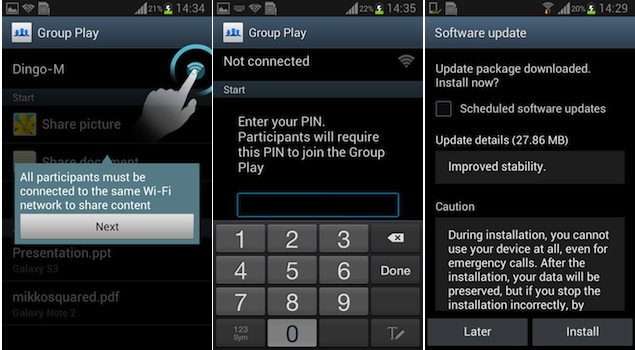 The Galaxy Grand Duos is Samsung's 5-inch device with a WVGA TFT display. It is a dual-SIM smartphone that is powered by Android 4.1.2 (Jelly Bean) and runs on a 1.2GHz dual-core processor with 1GB RAM.