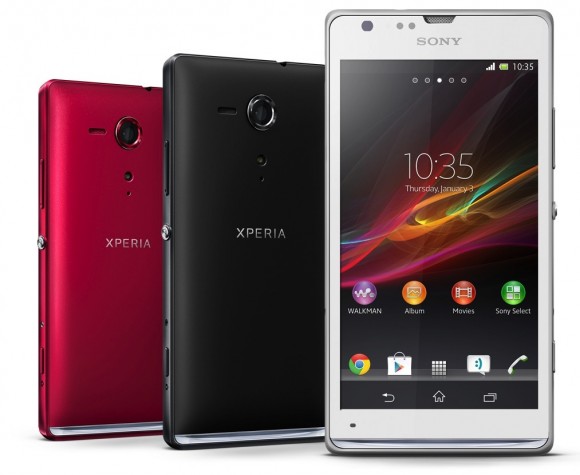 While the Sony's Xperia Z tablet and smartphone occupy its high-end Android selection, it's now the turn of the middleweights. Say hello to the Xperia SP, a 4.6-inch phone that ties together the some of the features (and design cues) from both the S and P models of 2012 -- yep, it's all in the name. Alongside a 720p screen with Sony's Bravia Mobile Engine 2, there's an 8-megapixel Exmor RS sensor on the back, NFC, LTE and a dual-core 1.7GHz Snapdragon MSM8960 Pro processor. That's all built into a classy aluminum frame that's just shy of 10mm thick and weighs 5.5 ounces. The phone marks the return of Sony's see-through strip, but with a slightly more advanced (and customizable) notification light built into it.
Software-wise, the phone is running Android 4.1.2 with that familiar Xperia seasoning, including plenty of the new additions seen in the Xperia Z. The camera app includes the new auto+ setting, which will toggle HDR and other settings to improve your images, depending on the lighting environment. Oddly, the phone isn't able to capture HDR video, even though the lesser specced Xperia L can -- apparently this is due to the way Sony is marketing the two phones, but we still can't quite fathom why it isn't including the video option. However, the SP model picks up some features from even earlier models, with the same screen technology as the Xperia Sola allowing you to navigate around the phone in gloves. The device will be landing in Asia and Europe in Q2 of this year, but there's no plans yet for a release on US shores.