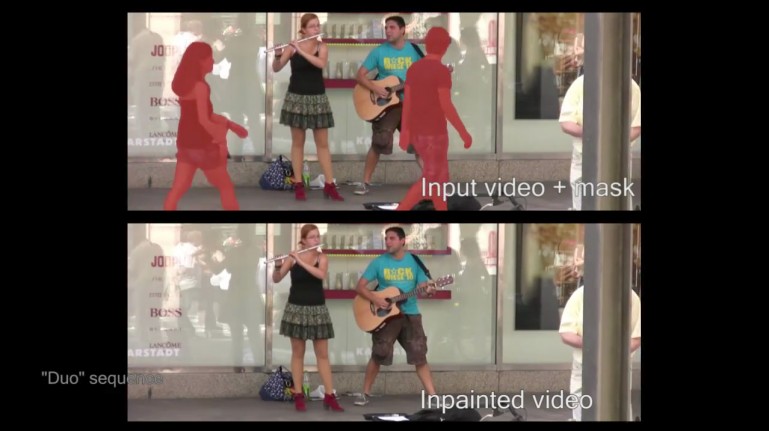 In a development sure to send conspiracy theorists into a tizzy, researchers at the Max Planck Institute for Informatics (MPII) have developed video inpainting software that can effectively delete people or objects from high-definition footage. The software analyzes each video frame and calculates what pixels should replace a moving area that has been marked for removal. In a world first, the software can compensate for multiple people overlapped by the unwanted element, even if they are walking towards (or away from) the
camera. See the incredible video demonstration after the break. 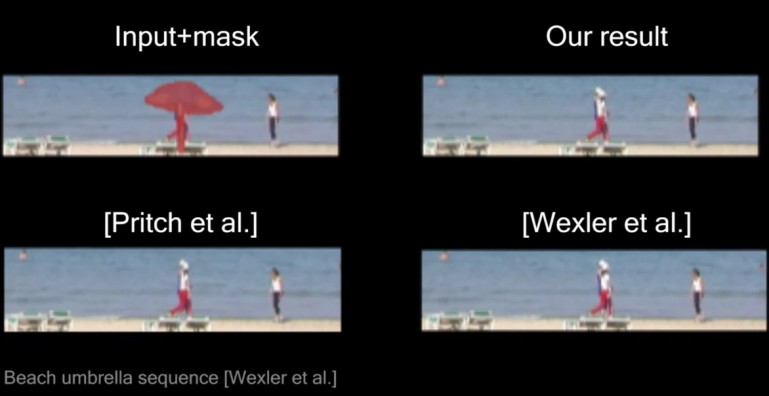 The software was developed by a team led by Prof. Dr. Christian Theobalt, head of the Graphics, Vision, and Video research group at MPII and Jan Kautz, Professor of Visual Computing at University College London. It represents a significant improvement over prior inpainting methods, which worked with low resolution video but generated poor results with HD footage. Their method still generates some artifacts, but they'd be almost imperceptible to the untrained eye.
The software was inspired by shift maps – which take a portion of footage from one moment in time and move it to another moment in time to fill in the occluded area. Similar software has been used to remove

people from Google's Street View for privacy concerns, but it has huge potential for the visual effects industry.