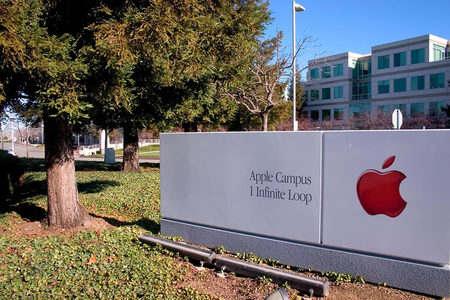 Apple boosted its research and development spending by 33 percent in the second quarter of 2013 compared to the same period last year, according to a quarterly report filed with the Securities Exchange Commission. If the rate of spending continues, Apple could drop over $4 billion on R&D this fiscal year.
During the quarter ending March 30, 2013, Apple spent $1.119 billion on R&D, compared to $841 million from a year ago. In the first six months of its fiscal year, Apple has spent $2.129
billion total on R&D, while it spent only $1.599 billion last year.
Apple stated that the spending for the quarter was up 33 percent due to “an increase in headcount” and “expanded R&D activities.” The statement went on to say that the “focused investments” in R&D are “directly related to timely development of new and enhanced products that are central to the Company’s core business strategy. As such, the Company expects to make further investments in R&D to remain competitive.”
While the sheer amount of money Apple has spent on R&D is astronomical, the $2.129 billion spent over six months constitutes only 2 percent of the company’s net sales. Apple announced its earnings for the second quarter on Tuesday and showed that sales of Macs and iPods were down, iPhone growth had slowed significantly, and the only product category that continues to grow is the iPad. Apple CEO Tim Cook promised on the investors’ call that “really great stuff,” including hardware, software, and services, will be introduced "in the fall and across all of 2014.”