Apple won't fix your computer if you smoke near it 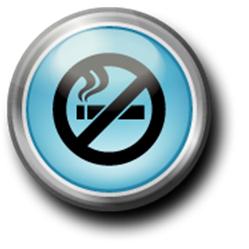 Consumerist's Laura Northrup rounds up several years' worth of stories from Apple customers who say they were denied warranty support on their computers because they'd smoked around them. As an annoying ex-smoker, I can sympathize with a tech who doesn't want to work on a machine that smells like an old ashtray, but that's what painter's masks are for -- I've also serviced machines that reeked of BO and other less savory odors. This just feels like a way to weasel out of doing warranty service and forcing customers to pay for new machines. If the company has a policy of not fixing machines if you smoke near them, it should say so when it sells you the warranty:
WARNING: IF YOU LIGHT UP NEAR YOUR LAPTOP, WE WON'T EVER FIX IT, EVEN IF IT IS MATERIALLY DEFECTIVE.


Dena set up an appointment at the same Apple store. They told me that they would take pictures of the computer – both inside and out before determining whether to proceed and that if the only problem was the optical drive, they’d probably just replace it. Dena called me earlier this week to deliver the “bad news.” She said that the computer is beyond economical repair due to tar from cigarette smoke! She said the hard drive is about to fail, the optical drive has failed and it isn’t feasible to repair the computer under the warranty. This computer is less than 2 years old! Only one person in my household smokes – one 21 year old college student. She said that I can get it repaired elsewhere at my expense. I asked why my warranty didn’t cover the repair and was told it’s an OSHA violation.