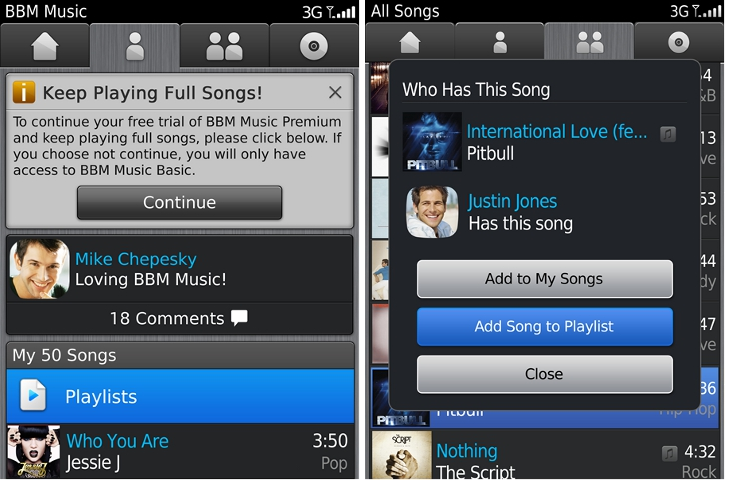 BBM Music may only be roughly a year and a half old, but BlackBerry announced in an email to subscribers that it'll be put out to pasture on June 2nd, and April is the last month they'll be charged for it. For those who aren't familiar with BBM Music, it lets users keep up to 50 songs hand-picked from a larger selection in a playlist, and listen to tunes that friends keep in their own
collections. Come May, tracks will appear greyed out and become unplayable as BBM contacts stop using the app. Of course, there are other ways to get your music fix. The company formerly known as RIM went so far as to recommend Rdio, giving folks a voucher code for a 30-day pass in the email.