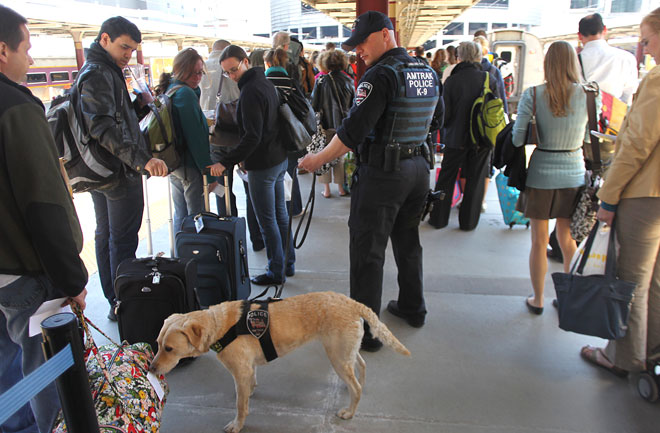 With the horrifying images of the Boston Marathon bombing still much too fresh in our minds, and with citywide marathons coming up this weekend in London, Hamburg, and Salt Lake City, law enforcement officers and citizens everywhere are asking how to prevent the tragedy from being repeated.
As Columbia University School of International and Public Affairs adjunct professor Abraham Wagner observed last year, on the 11th anniversary of 9/11, there’s “no magic bullet o
r perfect solution to this thorny problem.”
There are basically two ways to ferret out would-be bombers: early intelligence and onsite detection. Both have technical and procedural dimensions. Steady improvements on both fronts since 2001 seem to be reducing the probability that terrorists will succeed, though the effectiveness of available strategies and techniques is still woefully short of 100 percent. Wagner says that police and intelligence work have uncovered about 45 plots since September 2001, and may have discouraged a number of others.
Intelligence
Intelligence, surveillance, and reconnaissance (ISR) are probably the most effective tools for stopping terrorism. Human intelligence may account for most of the success so far, but technology plays a part -- albeit a controversial one. Signals intelligence -- monitoring digital traffic (who sends what and how much to whom) and even intercepting messages on cell phones, e-mail, and social media -- can provide advance warning. Communications monitoring efforts (like Carnivore, which debuted in the early-2000s, but was reportedly replaced by a commercial packet-sniffing tool) have generated negative headlines and lawsuits as well as investigative leads.
The FBI’s Stingray cell phone monitoring program provoked privacy suits that are still being reviewed by U.S. District Courts. And the National Security Letters issued by the FBI, which force firms, including those who operate e-mail and cellular telephony services, to turn over customer information without notifying the customers, are coming under increased scrutiny.
On the broader front, counter-terrorism developers have constructed data mining packages that look for suspicious patterns of information access. (JP Morgan Chase reportedly used Palantir Technologies tools to detect efforts to hack into client accounts and then trained the all-seeing-eye on itself to detect suspicious behavior among its own employees.)
Surveillance cameras -- increasingly a feature of the urban environment -- can certainly help human operators spot suspicious activity, but automated image analysis works best on scenes that are relatively static: detecting motion in a quiet warehouse, for example, or tracking moving objects in the wide open spaces of the American southwest.
Facial recognition software does wonders in the movies, but even when it works, you need to know the face to find the face. And, as we’re discovering in Boston, shaky, low-res cell-phone images don’t really give facial recognition software enough to work with.
Sniff It
When it comes to sniffing out explosives in public spaces, dogs and, more recently, honey bees are probably the most effective olfactory explosive detectors. Their senses are made all the more effective because manufacturers of commercial explosives, like Semtex, may add odor tags, like DMDNB (2,3-dimethyl-2,3-dinitrobutane). Dogs (and some specialized mobile ion mass spectrometry devices), can reportedly detect DMDNB at levels below one part per billion.
Groups at a number of institutions—including Tel Aviv University and the University of Idaho -- are trying to rival canine and apian scent receptors by packing multiple nanodetectors into small packages, using the high surface areas of materials like carbon nanotubes.