Firefox OS to launch in June in 5 countries 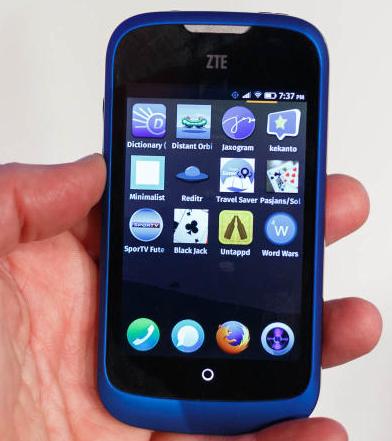 Mozilla CEO Gary Kovacs stated that the company plans on launching its mobile operating system, Firefox OS, in 5 countries in June. At All Thing’s D’s conference, D: Dive Into Mobile, Kovacs said that the company plans on launching Firefox OS devices in Venezuela, Poland, Brazil, Portugal, and Spain by June, and he plans on hitting at least 11 more countries by the end of this year.
Kovacs says that in 2014, Mozilla plans on bringing its Firefox OS devices to the United States. He says that he’s not targeting big markets like the United States just yet
because the Firefox OS devices are primarily low-enddevices, and would likely not do well in a marketplace mainly interested in only high-end devices. If Mozilla is to be successful with Firefox OS, Kovacs believes that they need to target emerging markets first. He says,


“So in the short term, we’re launching in emerging markets where Firefox is particularly strong… It didn’t make sense for us to launch a version-one device around the world.”

Currently, Alcatel, Huawei, LG, ZTE, and Sony have all signed up to develop Firefox OS smartphones. All of the smartphones will be using Qualcomm Snapdragon processors. AT&T has also mentioned that it will consider including Firefox OS phones in its line-up. The Firefox OS also already has a good selection of major apps available in its ecosystem, including Facebook, Twitter, EA Games, and more.
Gary Kovacs recently announced that he will be stepping down as Mozilla’s CEO. He says that he’s proud of Mozilla and that it has a solid team and foundation to keep up its success and momentum. However, despite stepping down as CEO, he will still remain as a member of Mozilla’s board of directors. He says that he will still “guide Mozilla’s impact on the future of mobile”, meaning he will still be around to guide Firefox OS to success. Be sure to check out our hands-on with Firefox OS running on the Alcatel ONE TOUCH.
[via All Things D]