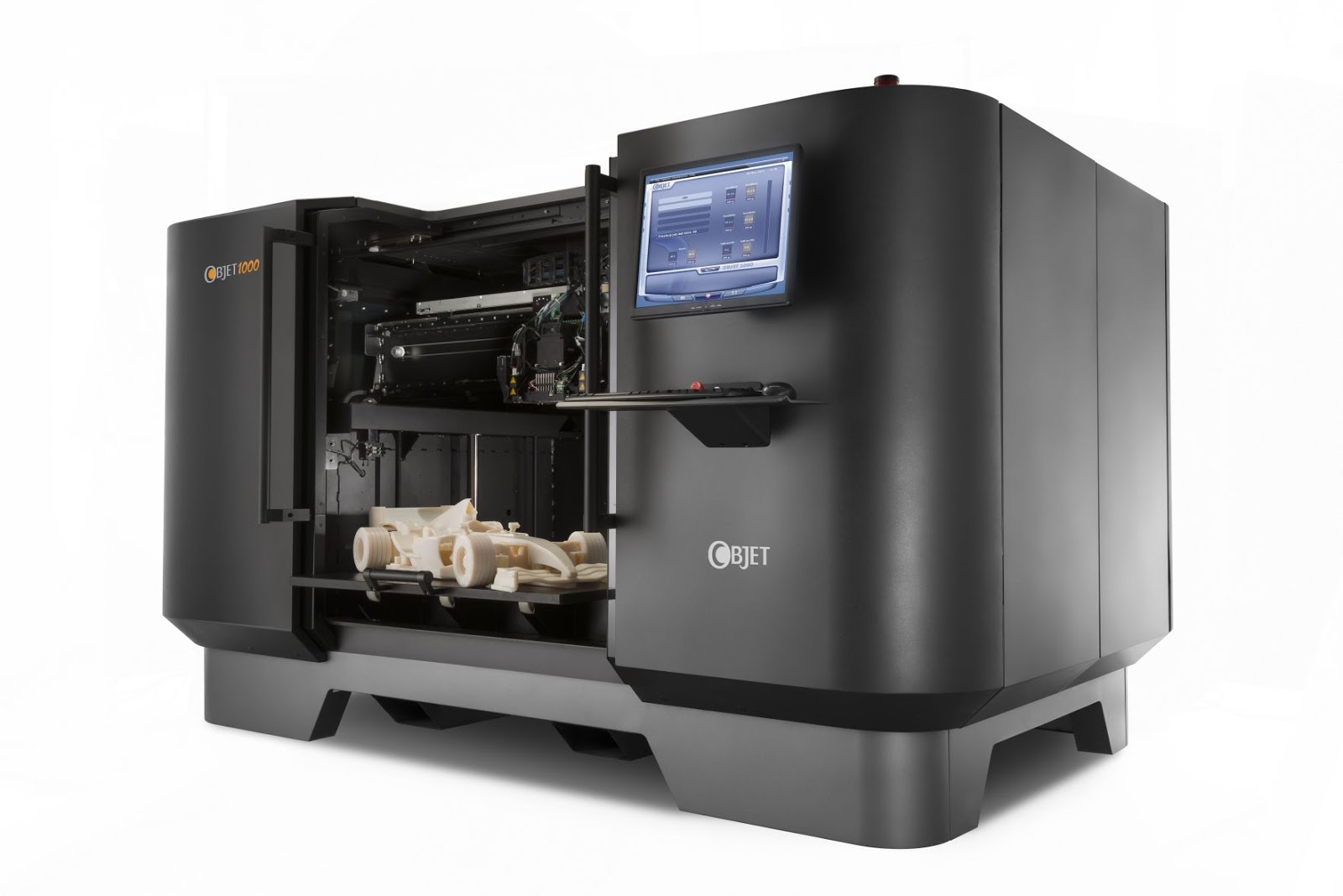 The concept of 3D printing is by no means new, however. Chuck Hull invented and patented stereolithography (also known as solid imaging) in the mid-1980s, when he founded 3D Systems, Inc. Since then, advances in the technology have been (and continue to be) made, including the size of the printers themselves, the materials they can use and more.
But how do 3D printers actually work? How can something that looks like our household printer or office photocopier create complex, solid objects in a matter of hours?

It all starts with a concept. The first stage of 3D printing is laying out an original idea with digital modeling — that is, with computer aided design (CAD) or animation modeling software.
Whichever program you choose, you're able to create a virtual blueprint of the object you want to print. The program then divides the object into digital cross-sections so the printer is able to build it layer by layer. The cross-sections essentially act as guides for the printer, so that the object is the exact size and shape you want. Both CAD and animation modeling software are WYSIWYG graphics editors — "what you see is what you get."
If you're not particularly design-inclined, you can purchase, download or request ready-made designs from sites like Shapeways, Sculpteo or Thingiverse.
Once you have a completed design, you send it to the 3D printer with the standard file extension .STL (for "stereolithography" or "Standard Tessellation Language"). STL files contain three-dimensional polygons that are sliced up so the printer can easily digest its information.

Now for the fun part. The first thing to note is that 3D printing is characterized as "additive" manufacturing, which means that a solid, three-dimensional object is constructed by adding material in layers. This is in contrast to regular "subtractive" manufacturing, through which an object is constructed by cutting (or "machining") raw material into a desired shape.
After the finished design file is sent to the 3D printer, you choose a specific material. This, depending on the printer, can be rubber, plastics, paper, polyurethane-like materials, metals and more.
Printer processes vary, but the material is usually sprayed, squeezed or otherwise transferred from the printer onto a platform. One printer in particular, the Makerbot Replicator 2, has a renewable bioplastic spooled in the back of the device (almost like string). When the printer is told to print something, it pulls the bioplastic filament through a tube and into an extruder, which heats it up and deposits it through a small hole and onto the build plate.
Then, a 3D printer makes passes (much like an inkjet printer) over the platform, depositing layer on top of layer of material to create the finished product (look closely — you can see the layers). This can take several hours or days depending on the size and complexity of the object. The average 3D-printed layer is approximately 100 microns (or micrometers), which is equivalent to 0.1 millimeters. Some printers, like the Objet Connex, can even deposit layers as thin as 16 microns.
Throughout the process, the different layers are automatically fused to create a single three-dimensional object in a dots per inch (DPI) resolution.

It's clear that 3D printing has the potential to transform several industries. Take the health field — medical professionals have used 3D printing to create hearing aids, custom leg braces and even a titanium jaw.
Last year, a team of researchers, engineers and dentists created the world's first prosthetic beak for a wounded bald eagle. NASA has tested 3D printers that will let Mars-bound astronauts print what they need as they travel.
Creating 3D-printed meat could fill the human need for protein while having less of an impact on the environment. The KamerMaker (pictured above) is a 3D printer large enough to print entire rooms.
These innovations could have a profound effect on the world, but the 3D printing industry does have at least one drawback — price. Smaller printers, designed for printing toys and other small gadgets, can be as little as $1,000, but the larger, more professional models can cost anywhere from $14,900 to $59,000. And the really advanced, heavy duty models? Those can set you back more than $600,000.
Other cons include the controversies of 3D-printed guns and the threat of copyright infringement.
Nonetheless, there's currently a huge market for 3D printing — $1.7 billion to be exact. And that number is expected to reach $3.7 billion by 2015.
Could 3D printing eventually change the world and even make mass manufacturing obsolete? We'll have to wait and see.
Images courtesy of Flickr; MakerBot Industries, ArcBiotics, Faberdashery