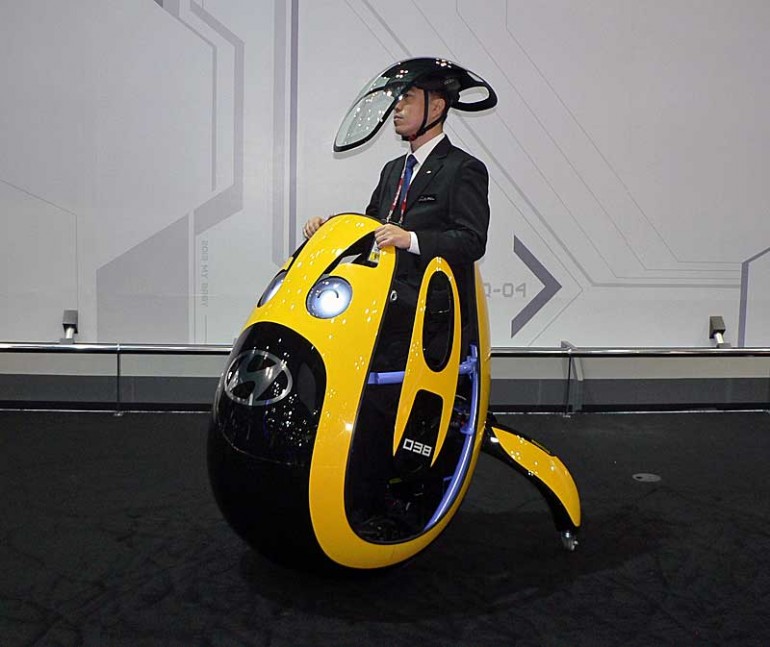 Despite the Segway becoming a household name, personal mobility vehicles have so far failed to make it to the world’s sidewalks in any great numbers. Still, some intriguing concepts over the years from the likes of Toyota, Honda and GM suggest that the wheels of the personal mobility revolution are still turning – if slowly. Hyundai is now getting into the act with its “E4U” personal mobility vehicle concept that was spied at the Seoul Motor Show last week by Nikkei Tech-On.

Hyundai’s egg-shaped vehicle sets itself apart by sitting atop a horizontally-spinning semisphere that is used for propulsion instead of wheels. The driver stands on a small platform and directs the vehicle by tilting it so that different sides of the semisphere
contact the ground. Tech-On says this is similar to the way a 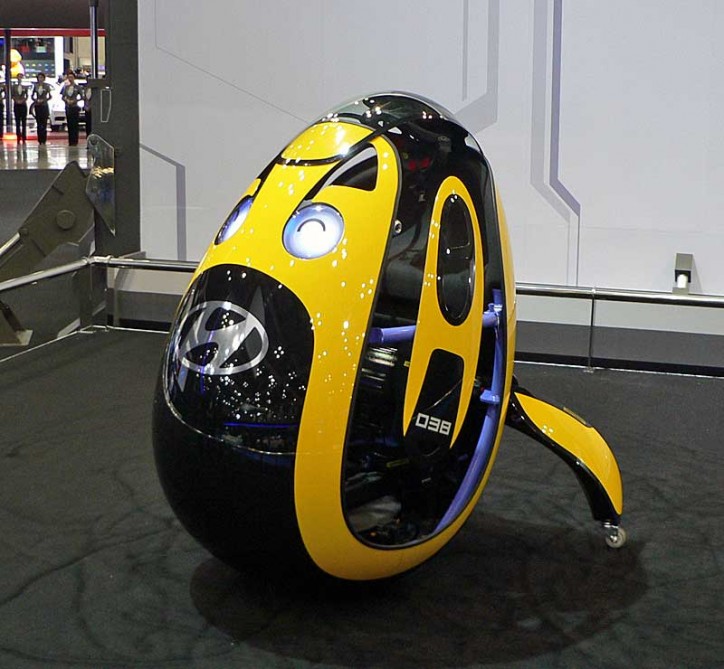 helicopter works, with two rear wheels providing stability and friction to act like a helicopter’s tail rotor.
Other details are scant, but another “interesting” feature is the that the top of the vehicle can be removed and worn by the driver as an eye-catching helmet. This is dominated by a large clear visor that seems more fitting for higher speeds than the walking pace the concept is currently capable of.
According to Tech-On, Hyundai’s Advanced Design Department only began development of the E4U in October 2012, so we’ll be interested to see where this concept goes.
Source: Nikkei Tech-On