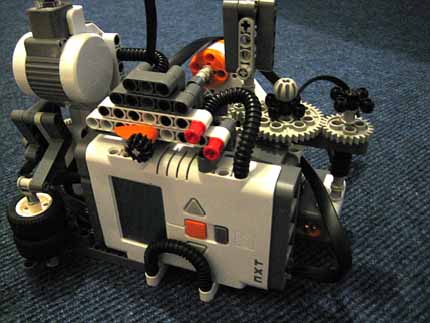 Iran could be home to the world’s first time machine, if claims from an Iranian scientist are to be believed (color us skeptical). According to The Telegraph, a scientist based in Tehran, Iran has registered with the Center for Strategic Inventions a device called “The Aryayek Time Traveling Machine,” which can reportedly allow individuals to peer into the future – up to 8 years into the future, that is.The time machine isn’t of the police box or compact car variety, however, with the 27-year-old inventor Ali Razeghi stating that it can fit in a briefcase. Likewise, it doesn’t work in the conventional ways a time machine is imagined to work. Rather than whisking users away to the past or future, this device is said to make its predictions based on the touch of a user.

Supposedly by touching the time machine device, it will make a reading 5 to 8 years into that person’s future, providing a print out of the data with 98-percent accuracy. He has created 179 other inventions, and says this particular one has been a work-in-progress since he was 10-years-old. As you might suspect, the government application of such a device has already been discussed.
Said Razeghi: “Naturally a government that can see five years into the future would be able to prepare itself for challenges that might destabilise it. As such we expect to market this invention among states as well as individuals once we reach a mass production stage.” The reason for why it has not been revealed yet? The inventor says China will steal it.
[via Telegraph]