LG is building a washing machine that doesn't use water 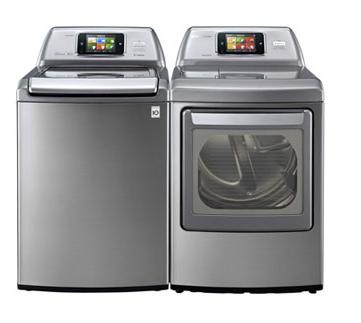 Still not charmed by LG's robo-vacuum? Well, the Korean electronics manufacturer has plenty more appliances up its capacious sleeves, including a washing machine that won't require water. Alas, Senior Vice President for LG Electronics Home Appliance Division, Kevin Cha, wasn't willing to divulge to us exactly how this laundry magic trick will be performed, or whether it'll be totally waterless rather than just virtually waterless -- it's still in the early stages of development and is (for now) a trade secret.


What we do know is that another LG model, the Styler that was unveiled at CES this year, can already 'freshen' clothes without detergent or water. This, too, is also going to pick up a feature upgrade, with the company set to add some kind of ironing functionality to the upright clothes cabinet soon. LG is also looking at an ecological re-imagining of the refrigerator, with a prototype that can keep itself cool for six hours without any power assistance. In general, LG says it's focusing on next-generation smart appliances in a big way next year. Hopefully, those plans will include some of the interesting patents we've picked up recently -- and wine.