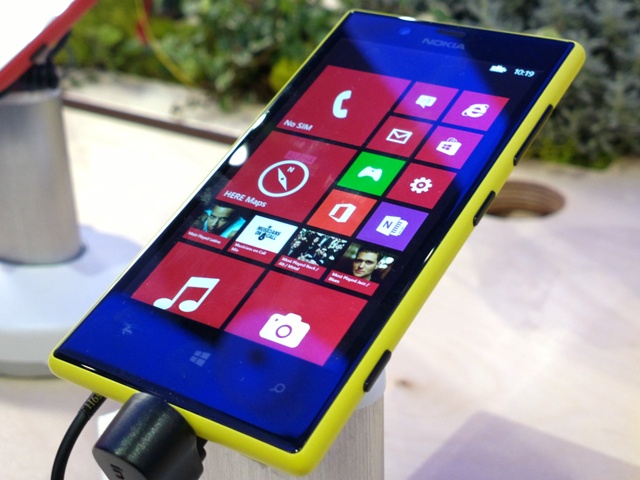 Nokia Lumia 720 is now available on the Nokia India website for Rs. 18,999. The phone had earlier gone up for pre-orders on third-party websites at Rs. 18,500, but the priced was later revised to Rs. 18,999.
Nokia Lumia 720 sports a 4.3-inch display and is powered by a Snapdragon S4 dual-core 1GHz processor alongside 512MB of RAM. It comes with 8GB of internal storage expandable by up to 64GB via microSD card. It comes with a 6.7-megapixel rear camera and 1.3-megapixel front camera. Connectivity options include
Bluetooth 3.0, NFC, Wi-Fi and 3G. It comes with a 2000mAh battery and the 128gm weighing device measures 127.9 x 67.5 x 9.0mm.
The device is also the first uni-body design with microSD support. The Nokia Lumia 720 comes in five colours options - Yellow, Cyan, Black, White and Red.
Nokia had launched the Lumia 720 along with Lumia 520 in March 2013. At the time of the launch, the company had indicated that the Lumia 720 will be available in the market from mid-April.
At Rs. 18,999, the Lumia 720 will be competing head-on with the HTC 8S, which is currently available for the approximately the same price. The HTC 8S comes with a 4-inch (480x800 pixels) super LCD display with Gorilla Glass, 1GHz dual-core Snapdragon S4 processor with 512MB RAM, 5-megapixel auto focus camera with LED flash and 720p HD video recording, 4GB internal memory expandable memory with microSD and a 1,700 mAh battery.
Nokia Lumia 720 specifications