OLS house provides views from the gaping jaws of a dinosaur 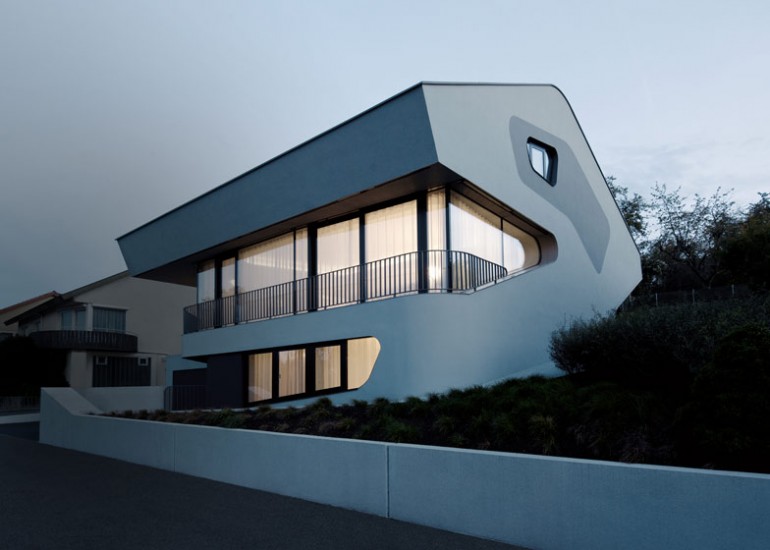 At Gizmag, we're suckers for interesting looking houses. We've covered the world's narrowest house, houses made from a shipping containers, and so many other interesting abodes. One thing we've not seen before is a house with a profile that mimics the shape of a dinosaur's head, that is until we encountered the OLS House.

The OLS House is built entirely out of reinforced concrete, while the facade is made with a heat-insulating compound system, aluminum and glass. It sits three stories high, and currently houses a family of four. While it might resemble a tough dinosaur when viewed from the outside, there is nothing scary looking about the inside of the house, which features sleek, rounded lines throughout.

The mouth of the dinosaur is actually quite functional, serving as an opening for floor to ceiling windows that provide a view of a valley in Stuttgart, Germany where the house is built. In fact, the entirety of the house was designed around bringing the view of the valley to life. The windows on the side of the house cleverly mimic the eyes on the side of a dinosaur's head, finishing off the intriguing look.

Each of the three floors within the home connect via a sculptural staircase that is as much as showpiece of the house as it is a functional way to get from floor to floor. The ground floor houses a utility room and spa, the 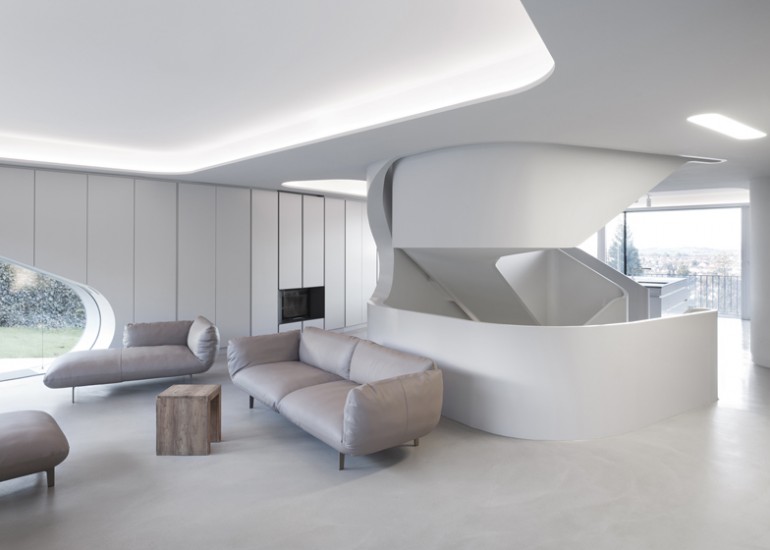 first floor houses the open concept living, dining and kitchen area, and the top floor contains the bedrooms and bathrooms.
This interesting looking house was designed by German architect Jürgen Mayer H for a private client. It actually sits rather conspicuously in a fairly standard suburban neighborhood amongst homes that were built in the 1960s that certainly don't have the OLS House's unique design.
Source: J Mayer H via Dezeen