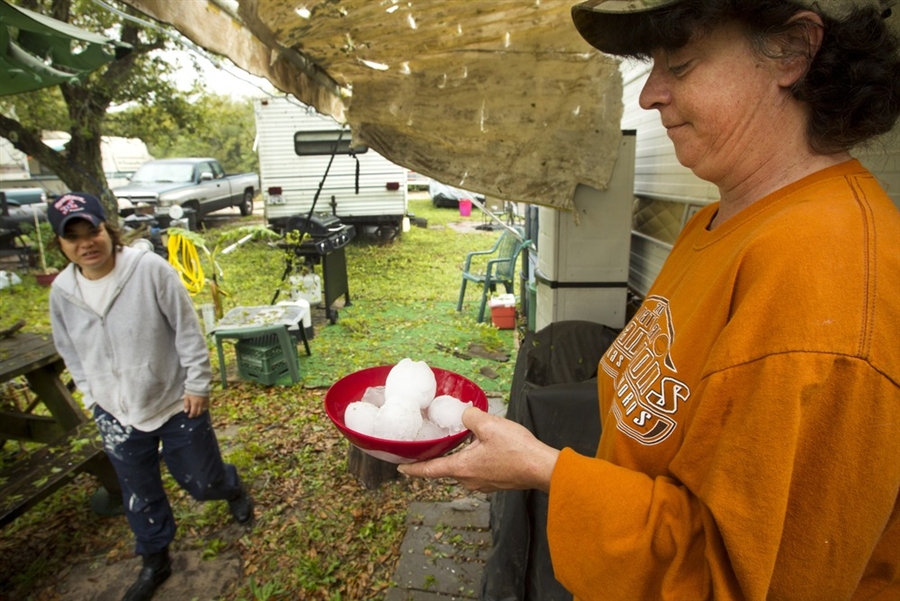 Residents in Hitchcock and Santa Fe woke up to broken roofs, shattered windows and dented cars after softball-sized hail battered the communities late Tuesday night.
Powerful thunderstorms raked the area about 11 p.m., sparking hail and downpours, said Patrick Blood, meteorologist with the National Weather Service. The storms downed power lines and tree limbs. No injuries were reported.
Hitchcock City Secretary Rose Marie Theiler, said she was asleep when she heard pounding on the
side of her home. She looked out the window and saw huge icy balls bouncing across her yard.
"I got up because it sounded like somebody was throwing a ball against the house," she said.
The hail and heavy rain swept the area quickly. Within about 30 minutes the storm had passed.
"It was fast and furious," Theiler said.
Theiler said the hail badly damaged seven of the city's 11 police cars. The battered cars had pitted and broken windshields as well as lots of dents. 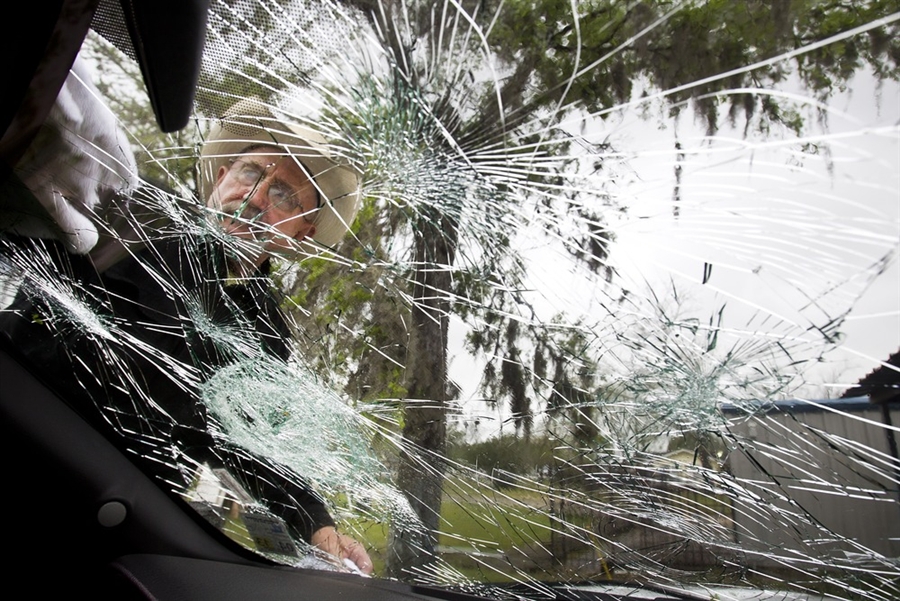 One of the booster pumps at the city's water plant was damaged as well, Theiler said. She said it was uncertain if hail caused the damage or if lightning hit the pump. Water services were not interrupted, she added, because a second pump handled the work load.
Homes in the area were also damaged with shattered windows and smashed roofs and siding. Residents in the Greenwood Subdivision lost power during the storm. CenterPoint Energy officials said about 17,000 customers lost power throughout the region during the storm, but it was restored to all but about 2,300 people by 9:45 a.m.
Damage and power outages were similar in nearby Santa Fe, where people saw softball-, baseball- and golfball-sized hail. All nine of the Santa Fe Police Department cars were heavily damaged, said Chief Kenneth Campbell. The cars were badly dented and their windshields were cracked.
"Some of the dents are really big," Campbell said.
Campbell said buildings and homes in the area also were damaged and trees were toppled and limbs were broken.