Soon You'll Be Chatting With Your Car, TV, and Home 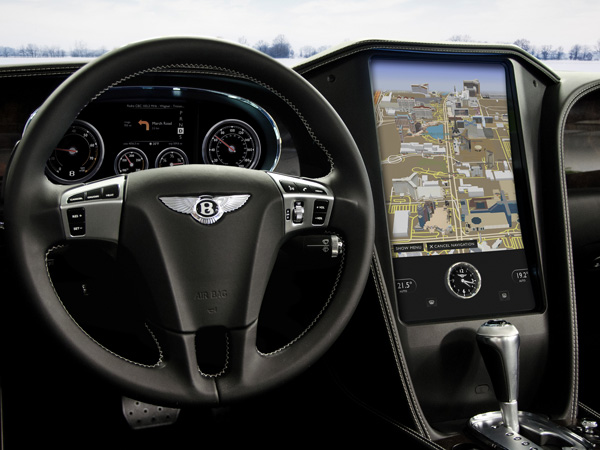 As impressive as Apple's Siri can be, we've seen plenty of examples of what the voice-activated personal assistant can't do. However, it and other voice recognition systems are getting smarter, understanding a new range of natural-language spoken commands. You'll be conversing with your car before you know it
Siri, Apple's personal assistant, already understands complex voice commands. You can ask her to find nearby pizza places, and then see a list of options. Say "Tell my wife I'm running late," and Siri will prompt you to send a text. You can ask about the weather and she'll know you are in Chicago, not Miami.  Yet Siri is far from perfect. You
can't dictate an email yet, and she doesn't always understand context. If you say "Play my favorite music," she will think you mean an artist named favorite music.
Changes are coming to speech tech in 2013. Several companies are developing next-gen speech technology that will understand everyday language, not just a small subset of voice commands. Using technology developed by Nuance, many modern cars can understand voice commands, and even let you dictate a text message. Google has added speech recognition to everything from smartphones to the Chrome browser. We'll be able to search for all George Clooney movies just by saying his name, control the climate in our car from the back seat by speaking the temperature, and control a PC with our voice in a way that actually works. Improved algorithms, better omnidirectional microphones, and home control of your TV are all coming.

Google is not content to let Apple and Microsoft own the personal assistant and voice-search space on smartphones and tablets. Google Now, a service that appears on Android tablets and smartphones, can be both an assistant and voice-search aid. (To use it, pull down the top menu or press Home and swipe up. Make sure you have the latest Android 4.2.1 update for the latest features.)

Samsung released speech-enabled and gesture-controlled TVs last year, but they did not support natural-language search. Instead, voice control worked more like it does in a car or the Xbox 360 Kinect system, where you can say only specific commands.

QNX is best known for its BlackBerry operating system, including what's on the upcoming BlackBerry 10 devices. Soon major automakers will use the QNX development platform, which supports natural language queries similar to how Apple Siri or Google Voice Commands do. For example, you can say to your car "I'm hungry," and the navigation system will respond by offering a list of nearby eateries. The system will also let you schedule an appointment on a calendar, dictate a message, and do an Internet search by voice.

AT&T Watson (no relation to the IBM Jeopardy! champ) can do more than just control the temp in your car. This year, the technology might even be able to translate what you say into another language on the fly. If you are speaking to someone from China, you might be able to say a phrase, wait only a few seconds, and have the person on the other line hear what you say in his or her own language (and vice versa).