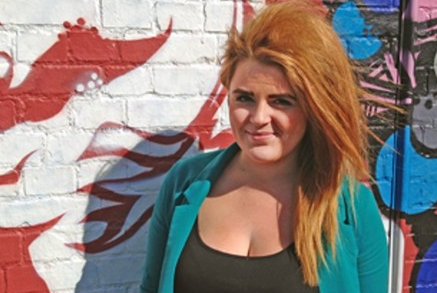 Seventeen-year-old Paris Brown seems to be a typical gobby teenager. She voices her opinions, swears, drinks, and goes out with her friends. She uses social media like almost every other teenager in the country. But unlike every other teenager in the country, Paris beat 164 applicants to be appointed as the Youth Police and Crime Commissioner for Kent in the UK. This job involves advising the policeabout how its policing affects typical teenagers. Teenagers just like Paris Brown. When her new role was announced, one of the UK's tabloid newspapers, the Daily Mail, took it upon itself to search through her entire Twitter feed. Twitter only exposes the last 30 days of tweets in its search API — you need to use paid search options to expose historical data. It managed to find examples of typical teenage outbursts (Remember the outbursts you, yourself had at that age?). Sunday's Daily Mail article contained examples of her tweets, which she has now deleted. Tweets such as: "I really wanna make a batch of hash brownies"; "am getting so drunk this Saturday, so so painfully oh so unattractively drunk"; and "Been drinking since half 1 and riding baby walkers down the hall at work oh my god i have the best job ever haha!!".
You can read the other “foul-mouthed, self-obsessed” tweets in the Daily Mail article.
The Kent police are now going to decide whether she has committed any offences with her apparently "violent, racist, and anti-gay" comments (according to the Daily Mail article) on Twitter posted up to three years ago when she was 14 years old.
And this afternoon, Brown resigned from her post and deactivated her @vilulabelle account.
It seems that whenever someone is catapulted into the public eye, and who has a social media history, they are fair game. Seventeen-year-olds are not technically "adults" yet, they are learning life's lessons and finding out what is socially acceptable in day-to-day behaviour.
Baby Boomers and generation X are probably relieved that social media was not around when they were committing their indiscretions away from the beady eye of Twitter and the Daily Mail. But how do digital natives learn what the socially acceptable norm is — unless they experiment for themselves?
Have a look at the Twitter stream of your children and their friends. These kids are experimenting with their behaviour and language to find the most appropriate fit for their peer group.
Many teenagers would fail the scrutiny of having their whole Twitter or Facebook stream examined for swear words, examples of under age drinking, carousing, and inappropriate behaviour.
Just like most of their parents would have failed a similar test 30 years ago.
Making an example of Paris Brown's online behaviour might open up a whole can of worms for future employers. Recruiters might be rather busy scanning every tweet that prospective employees have sent ever — especially generation Y, who have grown up with the oversharing culture that is social media today.
So what is the solution? Deleting your childhood Twitter and Facebook accounts as you move into the world of work is one option. Being bland and neutral on your social feeds forever — is another.
Or perhaps having a healthy dose of tolerance towards the young might be the best answer. Ask yourself — were you much different at that age?