The World’s First f/1.8 Constant Aperture Lens Will Stalk Light Like Nothing Else 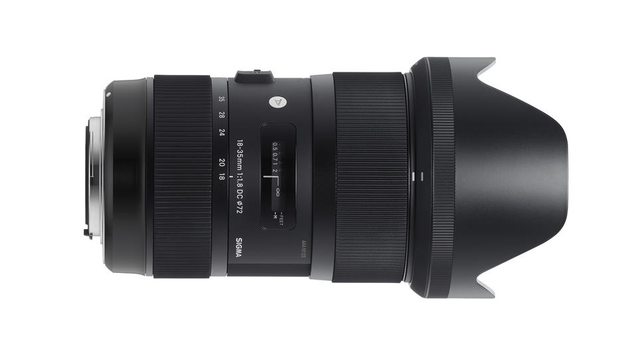 Sigma has just announced its new 18-35mm f/1.8 lens—the world's first ever lens to offer a fixed f/1.8 aperture throughout its zoom range. This thing will stalk light like you would not believe.
Designed for DSLRs with APS-C sized sensors, this lens is the first to achieve a maximum aperture of f/1.8 throughout its zoom range. In the past the widest aperture a zoom lens has been capable of achieving has been f/2.8—in contrast, this Sigma lens offers more than a stop of extra light.

The upshot? While people have often had to carry a prime lens to achieve f/1.8 in the past, now that kind of light gobbling should be possible with a single lens. Indeed, Sigma claims that it's been designed as a standard, everyday lens.
Sigma admits that producing the lens was tough—development was fraught with issues of distortions and aberrations—but it clearly got there. Elsewhere, there's internal focusing and zooming, a special Super Multi-Layer Coating to reduce flare, and a minimum focusing distance of 28cm. No word yet on pricing or availability yet—but it probably won't come cheap. Via: TechRadar