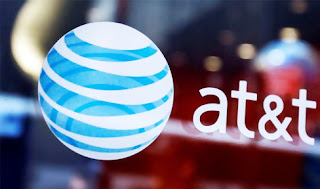 Last month, T-Mobile finally made a highly anticipated announcement—that it would kill off the mobile phone contract, dubbing itself the “Un-Carrier.”
As we reported at the time, customers can bring their own device or pay an additional fee to buy a new phone—essentially shifting the carrier subsidy entirely to the consumer. For example, a new Samsung Galaxy S III requires a purchase price of $110 (but retails for $550) with an additional $16 fee for two years.

On a month-to-month contract, if a customer wanted to switch carriers before the two years, he or she would have to either buy out the remainder of the contract or return the phone—as stated in T-Mobile’s company policy. But the Washington state attorney general didn’t take too kindly to T-Mobile’s advertisements that tout the “no contract” aspect of the carrier.
According to a new court order signed Thursday by the State Attorney General’s office and T-Mobile, customers who entered contracts between March 26 and April 25 may now obtain a full refund for equipment and cancel plans without being required to pay the remaining balance on the hardware.
Notably, T-Mobile will also be required to state in all advertisements the true cost of handset purchase, including the requirement that the customer maintain a two-year agreement while paying off a financing plan. In addition, T-Mobile will pay over $26,000 to the State Attorney General's office in reimbursement of legal fees, according to the Seattle Times.
“As Attorney General, my job is to defend consumers, ensure truth in advertising, and make sure all businesses are playing by the rules,” Bob Ferguson, Washington’s attorney general said in a statement on Thursday. “My office identified that T-Mobile was failing to adequately disclose a critical component of their new plan to consumers, and we acted quickly to stop this practice and protect consumers across the country from harm.”