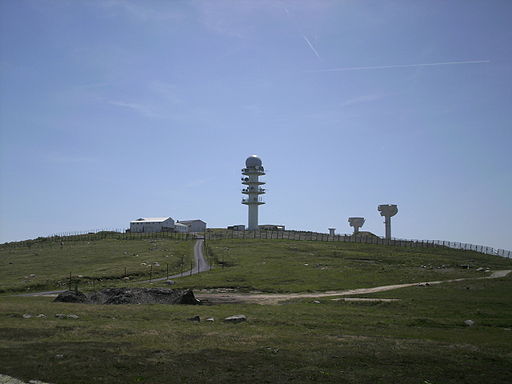 On Saturday, Wikimedia France posted a press release regarding the recent deletion of a Wikipedia entry titled “Station hertzienne militaire de Pierre-sur-Haute.” According to the foundation, France's Homeland Intelligence agency had demanded “classified” information taken down from Wikipedia.fr, and when the Wikimedia Foundation (which hosts Wikipedia) refused, it allegedly sought out a volunteer systems operator with the power to delete articles, brought him to the agency's office, and demanded that he take the article down there or face legal charges.

As French blog Numérama points out, the situation is the definition of the Streisand Effect.
The controversial entry has since been put back up online by Wikipedia volunteers, and concerns a military compound which is about 75 miles west of the French city of Lyon. The entry had existed on French-language Wikipedia for many years, but recently came to the attention of officials in France's Homeland Intelligence agency, known as the DCRI (Direction Centrale du Renseignement Intérieur). Wikimedia France says the DCRI contacted the Wikimedia Foundation in early March, requesting that the article be taken down due to its divulging “classified military information.” But, the foundation refused the DCRI's request.
”The Wikimedia Foundation considered that they did not have enough information and refused to grant their request.” the press release said. “The Wikimedia Foundation has often collaborated with public authorities to follow legal decisions. It receives hundreds of requests every year asking for the deletion of articles, and always complies with clearly motivated requests.” Numérama found that the information in the Pierre-sur-Haute entry “corresponds almost perfectly” to an earlier video interview given by the commander of the military compund to a journalist who had the right to be at the station. In other words, it's not immediately apparent what information could possibly have been classified.
In Wikipedia.fr's administrator forum, the volunteer in question posted on April 4 that he had deleted the entry because it had violated Article 413-11 of the French criminal code, which punishes possession or access to any “process, object, document, information, computer network, [or] computer data file” that contains information pertaining to secrets of national defense. “French police called me in as an administrator, following the refusal of the Wikimedia Foundation to remove this article,” the volunteer wrote.
The volunteer's post was short, but Wikipedia seems to have had more information from the volunteer on what happened before he deleted the information: