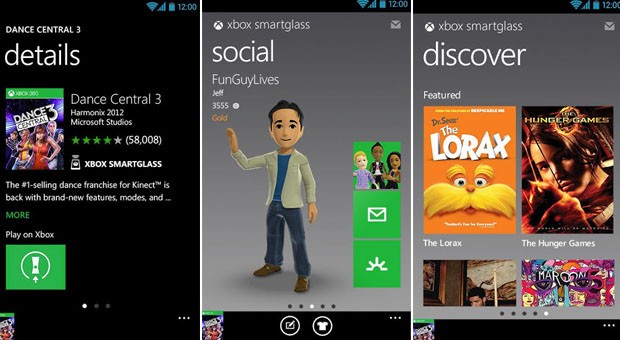 Microsoft's SmartGlass for Android app has just hit version 1.5 thanks to a fresh update on Google Play. The app, which lets users control their XBox via a smartphone or tablet, will now be optimized to work on 7-inch and larger Android tablets. Other new features include an (unfortunately-worded)
"always-on" Smartglass Experiences state, which actually just prevents your handset or slate from sleeping while they're running, along with bug fixes and "numerous design and usability improvements." We'll have to give it a further play to see if there's anything juicy buried in the latter, but meanwhile, you can grab it at the break.