What Should I Stick In My Finger? 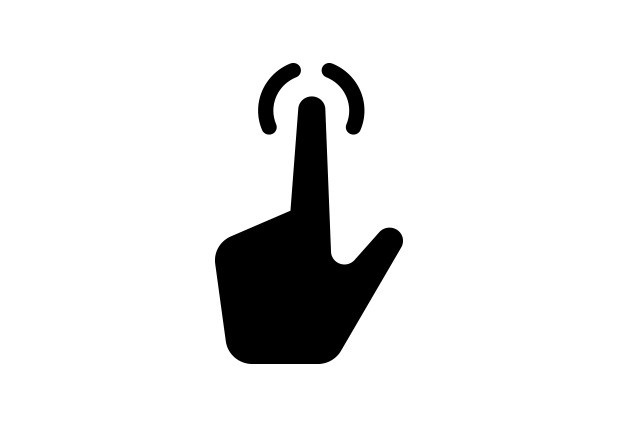 It’s probably too late now, but for the last week there may have been an unusual window of opportunity in which I could have embedded something cool into the tip of my finger. I lost it recently. The tip, that is. Of my finger. It happened in a freak office chair incident at a posh hotel in New York City. That’s pretty much all you need to know, except that I lost about a centimeter of finger. I mean, I found it. The fingertip, that is; but it could not be reattached. It was not stitched. It was left agape and healing of its own devices. If I’m going to stick something
in there to extend the capabilities of my digit in perpetuity, now is the time. Rarely is one greeted with such an open opportunity, literally, so of course I wonder what sort of technical marvel I could implant.

It really wouldn’t have to be much. A programmable RFID-type key that I could then use for a variety of purposes. I could tap my finger on the electronic gates to get into work. I could get into my car and start the engine simply by touching the door handle, then the steering wheel. It could be fun to pay with a finger. Just magically tap upon the NFC reader at the register and I’m good to go. Wave my bare hand at the gas pump. The possibilities are endless.
Also, a little dull. I love NFC in my phones and I guarantee I use it more than almost anyone else you know (spoiler alert: my day job is with Samsung). I’m talking about implanting something in my finger. It needs to be a step beyond the latest and greatest.
An LED would be fun. Something multicolor that I could control. I wouldn’t need mind control to change the hue or brightness. Bluetooth would be fine. I program my finger on my phone and when I tap against something it lights up. The E.T. effect alone would be worth the price of admission. I wonder if my son would laugh when I touch his bumped head with my finger and as it glows softly I whisper “Oooooouuuuchhh.” Probably he’d run screaming from the room, because Daddy’s fingers aren’t supposed to light up, and he hasn’t seen E.T. yet. So, maybe light-up finger is not the way to go. I need something more personal, less showy.
Therefore, laser pointer finger is also out. This is unfortunate, because the minute I thought of it I knew it had vastly more potential than LED finger. If it’s going to be my finger, I’d spring for the 1W blue-laser type, the one that can pop a balloon from less than 1 foot. I’d need a way to dial it back on command. Bluetooth again, perhaps, or a touch sensitive control. After all, you don’t want to fire off an astonishingly potent laser from your fingertip at the wrong time. You could be wiping an eyelash out of somebody’s face, or picking your nose, or dancing in some sprinkler-like fashion and end up causing serious harm. Sorry, closest-I’ll-come-to-having-a-real-lightsaber finger, it just isn’t meant to be.
"How about finger-cam?" I need to think more creatively. How about a camera? There is great potential in a camera that is a continual part of my body. I’ve occasionally imagined replacing one of my eyes with a camera – haven’t we all? I’ve never considered replacing one of my fingers. It would be easier to control the shot with a finger cam. The eyes are somewhat involuntary. If something crazy catches your eye, it will rush to the scene immediately. A finger, on the other hand, can take some direction. There is control and flexibility. I could control the perspective, the angle, the aperture.
Unfortunately, there are also many places a finger goes that should not be filmed. I’m going to let that last statement float in the air until you get my meaning. Actually, I didn’t have any specific meaning in mind. There are a ton of disgusting places you would stick your finger that should not be filmed, but you just thought of the worst of them. You are a sick weirdo. I was thinking of when I’m cleaning out a whole raw chicken. You, on the other hand, are a disgusting person. That is exactly why fingertip cameras will never work.
If not a camera, a speaker, perhaps? A small wireless speaker? There’s a lot of useful potential in a speaker. I could play music, then stick my finger in my ear to hear it. I could make a phone call, then stick my finger in my ear. If I wanted to whisper something to you without being obvious, I could record a quiet message, then stick my finger in your ear. Basically, what I’m saying is that my finger is going in an ear, like it or not.
What you’d really want with a fingertip speaker, though, is volume. Like enough power to get your groove on. I would love to point my finger at a crowd of people standing around at a bus stop and have my tiny speaker blast the opening from C+C Music Factory’s song “Everybody Dance Now!” If you’re too young to remember that one, it was like the 80′s version of “Harlem Shake.”
I also thought it would be cool to use my finger as a megaphone. I could talk into my phone and my voice would come booming from my hand. Unfortunately, when I think of practical applications, I only imagine myself shouting “Muad’dib!” over and over again.
In the end, if I could implant something, I would implant a whistle. That’s it. Nothing electric, just a simple whistle. Perhaps a slide whistle. Because the best part of having something implanted in my fingertip would be showing it off to kids. It would be friendly and unintimidating. Fun at parties. Great for impromptu sound effects. I imagine my son telling his friends about the cool trick Daddy can do, and then I use my finger to make a brilliant whistle, and watch while a bunch of 4-year olds stick their fingers in their mouths and blow heartily, trying to make a sound.via :Ars technica