A Must Have Solar Charger That Work Indoors Too 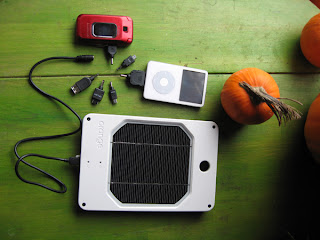 Joos orange is the most powerful and durable portable solar charger you can buy. Recharge smart and regular phones, an iPad, MP3 players, cameras, game devices, and more. Includes charging cables and adapters.
In a day and age where texting, Tweeting and other forms of micro-blogging are the standard, it’s now expected for people to be well-connected, and sometimes we take for granted that a critical part of that is having enough battery power.
This is where solar device chargers can really come in handy: so long as there’s sunlight, you can keep your cell phone charged. This can be absolutely critical when it comes to disaster preparedness, as folks along Tornado Alley and the Atlantic and Gulf Coasts of the United States can attest. 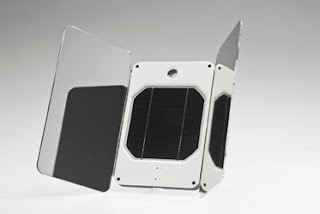 The last solar device chargers I reviewed were the Etón FRX-2 and FRX-3 devices, which were extremely weak when it came to providing device power and were clearly for emergencies only. The focus of the solar panels in both systems were to power the emergency radio and flashlight; the USB device charger was a bonus capability. On the other hand, the Solar JOOS Orange system is meant not just for emergencies, but is marketed as a must-have piece of equipment for any tasks that take you away from electricity: boating, camping, and backcountry adventuring. To be honest, all you have to do is stick the JOOS in the sun. When it detects a useable amount of sunlight, the JOOS’s top LED will begin to blink red as it takes in sunlight.  While strong sunlight is best, the JOOS also blinked for me in lower light conditions, such as in the shade, and even indoors while sitting on a table near an incandescent lamp. It will charge its internal battery, or it will pass the energy directly to a connected device. 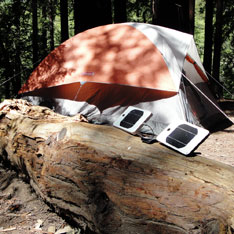 As for the charging of devices, simply plug in the black-colored connection cable to the port at the bottom of the JOOS. From there, choose which connection tip you require. iOS devices, Blackberries and Kindles will be conveniently covered with the connectors provided, as will many digital cameras. If you don’t have a device that had a connector tip include, don’t despair: use the female USB cable and plug in your device’s charging cable. Other charging tips are available at the Solar JOOS website. Nintendo DS, GameBoy, Sony PSP, and older Samsung and Motorola cell phone tips are available, retailing for $5.99 each from their online store.