Ben Affleck To Play Batman in next Superman Film 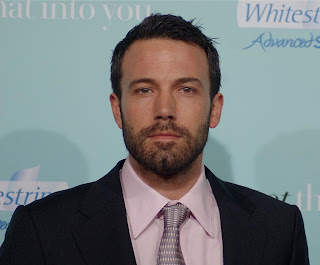 Only five men have ever played Batman in a motion picture — so far. But for the still-untitled Man of Steel sequel, Warner Brothers has now announced Dark Knight number 6: Ben Affleck.
You won't get to see him don the cape until summer 2015, and it's the first time Batman will have appeared in a movie without being the title character. (Henry Cavill returns as Superman.) But Affleck has a good shot at nailing one of the most iconic Batman appearances ever. Why? Because of the quote director Zack Snyder had read out at Comic-Con this year, where the movie was first announced. It was a quote from one of the most widely praised graphic novels of all time, The Dark Knight Returns by Frank Miller, and references a titanic and terrifying battle in the book's climax between Batman and Superman.

"I want you to remember my hand at your throat," the quote, from a then-uncast Batman, went. "I want you to remember the one man who beat you." In other words, get ready for Cavill and Affleck to whack the superhero stuffing out of each other.Affleck follows in the footsteps of Adam West, Michael Keaton, Val Kilmer, George Clooney and Christian Bale. Afficionados know Affleck has already played a superhero in the movies: the poorly received Daredevil. Let the Batman v. Daredevil memes begin!
via: BBC