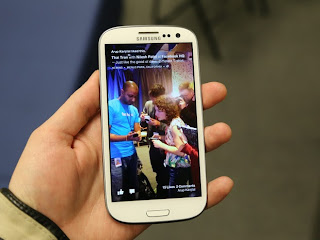 Facebook announced on Thursday that the site's two-step app permission process has been fully integrated with users worldwide. The feature, which was first announced in April, allows users to have more control over the content they share to Facebook through third-party applications.
When users sign in to an app like Lyft or Words With Friends using their Facebook login credentials, they can now specify exactly what they would like to share with Facebook in a two-step process.
The first step asks for "read permissions," which dictate the information from the app accessible to Facebook. The second step presents "write permissions," which if accepted, allow the user to post directly back to his news feed through the app. Previously, the two permissions were a package deal, meaning you couldn't agree to one without also green-lighting the other. The update in April granted users more control and enabled them to accept just one or the other if they weren't comfortable accepting both, according to Chris Daniels, director of business development at Facebook. The update is now fully available to all users, and a recent study of certain "high quality" apps by the social network found that80% of users accepted the permissions when prompted.
Facebook benefits from users logging in to third-party apps using their Facebook profile. Those who log in with Facebook count as "active" users for the platform — more logins mean more content shared back to the site. Facebook has more than 850 million login events per month, and 81 of the 100 top-grossing iOS apps support Facebook login features, according to the company's blog post. On Android, 62 of the 100 top-grossing apps support Facebook logins.
The new permission option was based on feedback from users and developers who felt they needed more control, Daniels said. Often, users timid about sharing back to Facebook saw the permissions page and simply elected to bypass logging in altogether.
"We understand people’s concerns about apps posting on their Timeline or to their friends," Facebook posted on its blog. "The recent changes to Login are just the beginning of more improvements you'll see as we continue working to provide useful services for developers that are easy for users to understand."
Have you ever skipped logging into an app because of Facebook permissions? Tell us in the comments below.
via: mashable