Now Spray yourself the Cofee energy 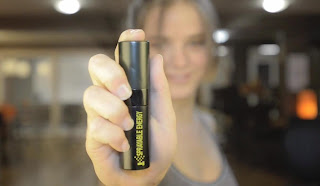 Some of us are coffee drinkers. Other people like energy drinks; vodka and Red Bull has been a fixture in clubs since the 1990s. Technology, though, will now let anyone who wants a boost avoid the business of actually having to drink the stuff.
The product is called Sprayable Energy, the invention of Deven Soni and Ben Yu. It’s a plastic spritzer that releases a mist of caffeine-laced liquid onto the skin. The idea is that the caffeine gets into the bloodstream without having to actually drink a liquid like coffee or tea. The caffeine would give a bigger jolt than when you drink it because it isn’t going through the stomach, so it hits the brain faster. 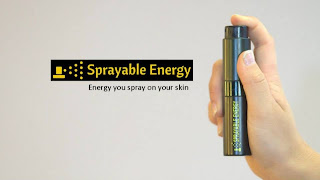 .
Ordinarily skin would block caffeine, for the same reason it stops most other liquids –  which is why you can’t rub coffee on yourself to get a jolt. Sprayable Energy’s web site says it has a “secret sauce” that makes caffeine more soluble in water. The company’s fundraising page on says it contains a derivative of tyrosine, an amino acid.
Among the claims of the Sprayable Energy web site is that it is safer than energy drinks, as it delivers less caffeine. But the site doesn’t say what the caffeine dose is. That could be a problem if people overuse it. While the site says each spray delivers less caffeine than a cup of coffee, it isn’t exact about how much liquid gets sprayed on or the caffeine content. 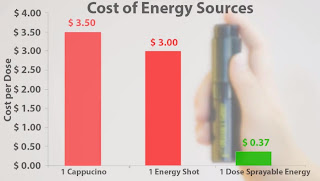 By comparison, a seven-ounce cup of coffee has between 80 and 175 milligrams of caffeine. Energy drinks have more — 5-Hour Energy contains about four times the concentration, though it’s sold in 2-ounce bottles. Generally speaking 400 milligrams in a day will start to cause problems — that’s where you get the jitters, diuretic effects, and irritability.
The web site says that one shouldn’t spray more than 20 times in a day, which would be the equivalent of about that many cups of coffee. I have trouble imagining a typical college student heeding any warnings about dosage, though.
Image: Sprayable Energy