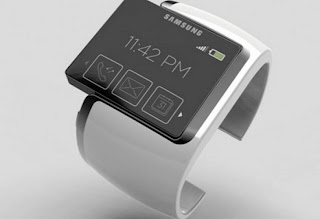 Samsung's smart watch will come in four different colors at launch, with a fifth color coming a week later, SamMobile reports citing insider sources.Samsung's wearable device, rumored to be called Galaxy Gear, according to the report, will come in white, orange, gray and black. The fifth color will be the slightly more exclusive white gold, though Samsung will likely give all these colors distinctive, fancy names.
A smart watch is partly a techno gadget and partly a fashion statement, so it makes sense to offer it in multiple colors. For comparison, Samsung's Galaxy S4 is available in white, black, blue, red, purple, brown and pink. SamMobile also pegs the shipping date for the device at late September or early October, noting that it might shift back or forth "a week or two."