Samsung Galaxy Note III will Be A 4K Recorder 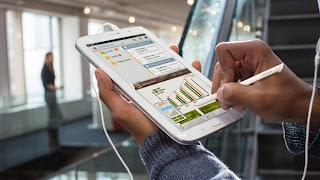 Samsung’s next generation phablet is expected to be officially unveiled at the company’s pre-IFA event on September 4th. Samsung’s smart watch, the Galaxy Gear is also expected to be unveiled at the Unpacked: Episode 2 event.According to sources speaking to the Korea Economic Daily, the Samsung Galaxy Note III will come with a 4K video camera and upgraded 24 bit sound recording.
Previously, Samsung’s smartphones have featured cameras capable of recording 1080p video and 16-bit sound.


If true, it would make the first commercially available smartphone to record in the upcoming ultra high definition format. Android rival Sony could trump Samsung if it includes 4K recording in its upcoming Xperia Z1 smartphone.Both Sony and Samsung are developing 4K television sets. However, there is currently a lack of content available for the televisions. It would make sense if both companies push 4K recording devices at this year’s IFA.For more details about the Samsung Galaxy Note III’s rumoured specifications, check out what we know so far.